Dedman: “It was incredible to be a part of it” 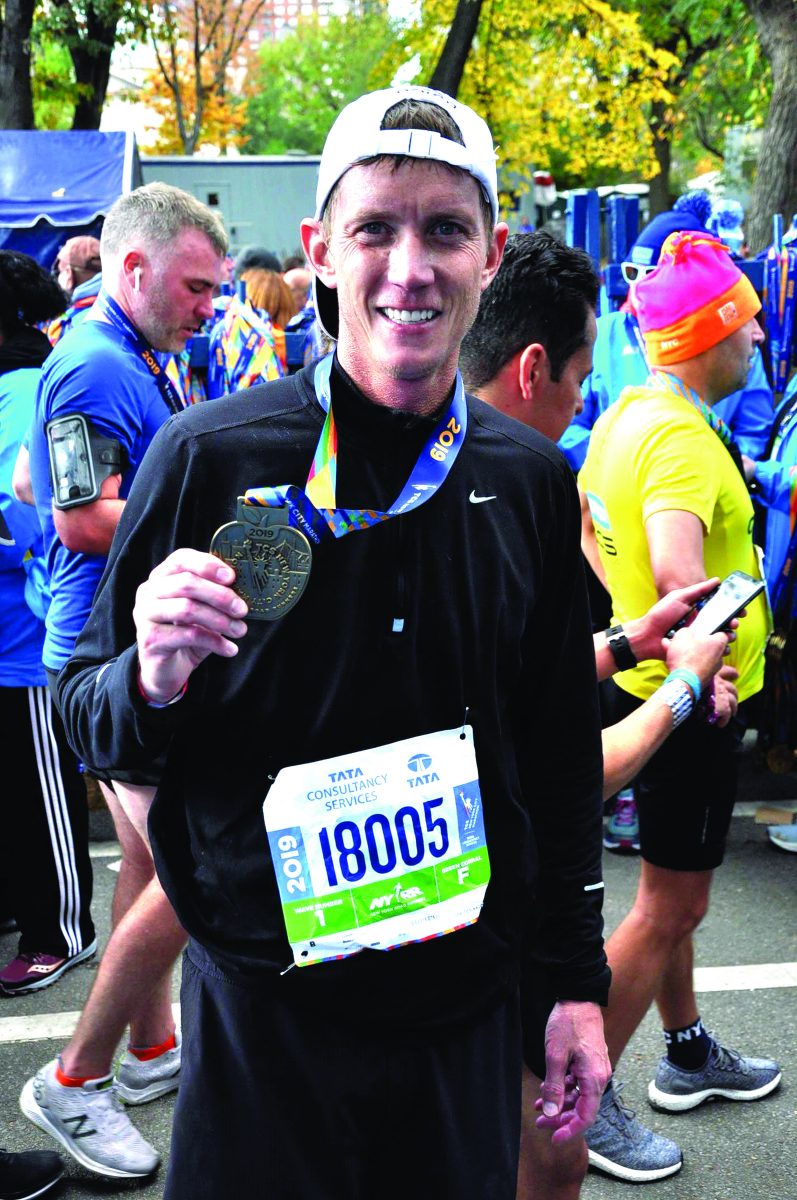 Dixon Dedman of Harrodsburg competed at the largest marathon in the world in New York City in early November. (MarathonFoto)

Running and completing a marathon is a remarkable achievement.

One Harrodsburg native recently competed in the largest marathon in the world.

The race courses through the five boroughs of New York City. He finished the race in three hours and 53 minutes.

“It was incredible to be a part of something so huge. From start to finish, that event is a well-oiled machine. New York City is by far and away my favorite city in the world and has a very interesting feel to it,” he said.

Dedman loves NYC, but he said it’s nothing like being from a small town.

“While there is an energy and special feel to the city, there isn’t the hospitality or warm and fuzzy feel that you get used to living in small town Kentucky,” said Dedman.

A total of 53,627 runners competed in the race. Dedman said the passion and enthusiasm people around the city have for the race makes the experiences more enjoyable.

“On that day, the entire city comes out to celebrate this amazing event. Then, after it’s over, whether you’re walking home or in a restaurant, everyone is congratulating you and wanting to shake your hand or give you a high five,” said Dedman. “People were wearing their medals for the day around the city and you can see how much it means to the people who participated, but also how much it means to the people of New York City.”

“It was a surreal experience. You go through a lot during the race. There’s this great energy from the crowd. Most of the time I was running, I realized I just had this huge smile on my face,” said Dedman. “There were tough stretches too where you just have to get a bit of introspective and draw upon the fact that you’ve been training so hard for this. Twice during the race, I wondered what in the world I was thinking because my body began to hurt or something, but you just push through and take that added motivation from the spectators and the fact that you didn’t come all that way and put so much training in to just give up at the first sign of adversity.”

This was Dedman’s first marathon. Prior to this race, his longest race was 21 miles. He used a 16-week training program to get ready for the marathon, including changing his diet.

“It just basically lays out four runs per week. Usually a shorter run, a mid-length run, a shorter run and then a long run at the end of the week,” he said. “Somehow, without really knowing it, my diet changed a bit. I could feel the effects of fast food when I started to do longer runs. I was, however, very conscious about the intake of fluids constantly. I was consuming so many fluids days in advance of the longer runs because you could quickly feel the effects of not doing so.”

“I was actually invited to participate by a friend who wanted to do the NYC Marathon as a bucket list item,” he said. “After we signed up, he backed out unfortunately, but I talked another friend into participating with me. It was never on my radar but now I’m so glad I did it.”

Dedman has always been a runner and said he hopes to compete in Marathons in Chicago and London in the future.

“I’ve always been into running, but later in life for the exercise. As a high school and collegiate athlete, I despised running,” said Dedman. “It was more punishment than something I enjoyed. Now, it’s very therapeutic. I enjoy the time to think and the opportunity to spend some time alone when I run. It helps settle my anxieties and it’s just good for my body, but I really think it’s as good or better for my mind.”

Dedman played soccer at Harrodsburg and also at Wofford College before graduating in 2003.

Dedman said running a marathon isn’t for everyone.

“Honestly, I was never really sure it was something for me,” he said. “I do know that stepping outside of your comfort zone to challenge yourself in anything is really good for your body and your mind.”

Dedman said challenging yourself is the biggest thing when it comes to preparing for a marathon.

“I don’t think it necessarily has to be physical, but setting a goal for yourself that challenges you and forces you to be uncomfortable at times creates an opportunity to achieve something that you might have been afraid of, and the feeling of accomplishment can be so good for your confidence going forward,”said Dedman. “I think whether it’s writing a book, fixing a car, doing dry wall, quitting smoking, learning a foreign language, or just walking further than you normally would to get the mail – challenging yourself and accomplishing that goal through adversity is so rewarding.” 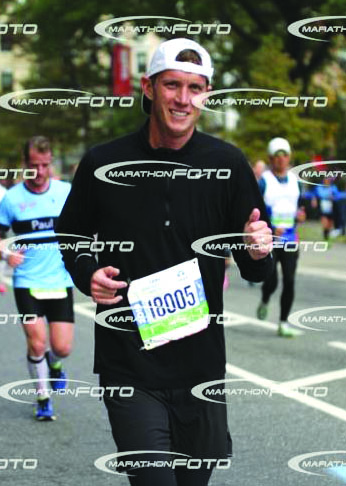 Dedman is pictured mid-race at the NYC Marathon on Sunday, Nov. 3. (MarathonFoto)