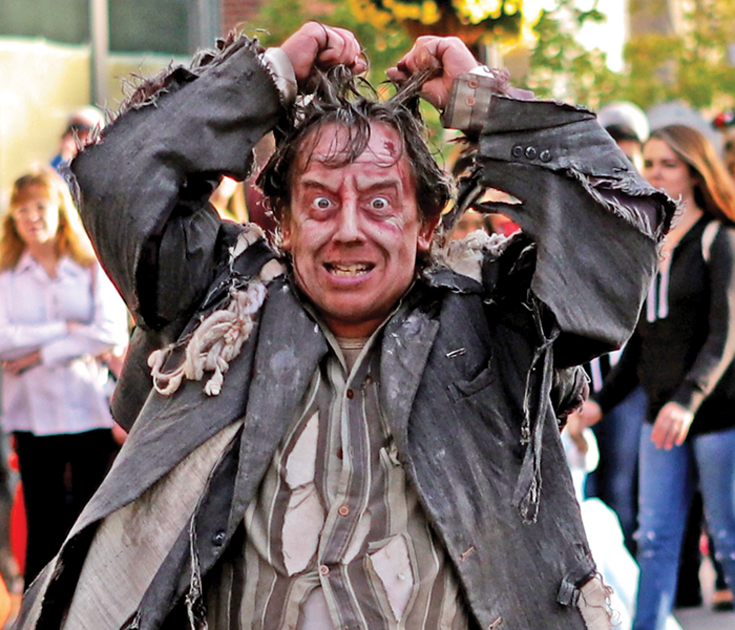 Halloween is a busy time for Tim White, one of the founding members of the Studio G Thriller Dancers. In addition to his zombie duties and the business he runs, White is also appearing in an independent TV series called “Fifth Hollar.”

Harrodsburg’s man of a thousand faces has added another role to his repertoire.

Tim White, who has appeared as everything from a zombie in the Thriller Dancers to Daniel Boone in “James Harrod: The Battle For Kentucky” to Bilbo Baggins from “the Lord of the Rings” is now appearing as the ominously sinister assistant mayor in an independent TV series called “Fifth Hollar.”

The series, a “coal town mystery” with supernatural overtones which has aired on TV stations in Eastern Kentucky and Youtube, is now begining its second season, he said. 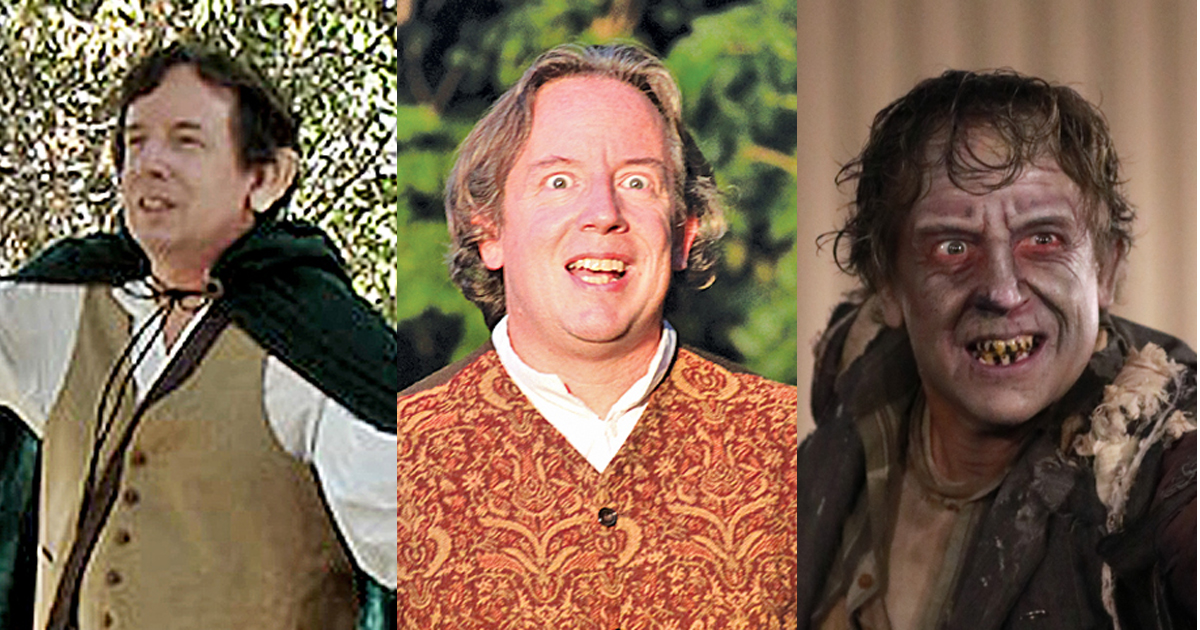 Three of the many faces of Tim White: as Bilbo Baggins, as Daniel Boone and as a zombie.

White tries to explain his role in the independent production, which features homegrown actors—including Chad Horn—but finds himself at a loss for words.

“I can’t say or it would just give away the whole plot,” White said.

The only thing he would say is that, “for me, it’s an unlikely character.”

Here’s how White explained the premise of “Fifth Hollar” which if set in fictional Raelin, Kentucky.

“Ever few years, teenage girls go missing,” he said. “The teenagers are trying to figure out what’s going on.”

To learn more about “Fifth Hollar,” visit their website.

Taking part in the production has given White something every local actor dreams of but few ever realize: his own page on IMDB.

Oddly enough, White never set out to be a performer. He began taking part in Ragged Edge Community Theatre productions behind the scenes, handling the light and sound.

“I was always tech,” he said. “I used to be very bashful and never wanted to be on stage.”

He credits Goldie Goldsmith-Vigneri, the owner of Studio G, and her brother, vocal coach Ron Browning, for his transition to the stage.

White is, along with Jennifer Fister, one of the founding members of the Studio G Thriller Dancers, who have become a local Halloween tradition over the last two decades.

“We were only going to do it once,” White recalled.

The group started as part of a Halloween show with only five members. At one point, there were nearly 30 dancers, but White said it was kind of difficult arranging transportation for that many people. Today, there are as many as nine members, depending on the venue.

They’ve performed across Central Kentucky, but Halloween is the Thriller Dancers’ crazy season. On Saturday, after the Spooktacular Halloween Parade was cancelled due to rain, the Thrillers still performed three times.

White admitted he’s not the same young zombie he was when he started 20 years ago. He likes to joke that he needs less and less makeup to look like a zombie every year.

Working at White Line Screen Printing, which White started in 1990, also takes it toll. He began looking for something to fall back on, which is how he began offering biofeedback sessions.

White may be getting older, but he has no intention of slowing down. In addition to driving to Paintsville to film “Fifth Hollar,” he will be working as stage manager on the upcoming Ragged Edge production of “Frozen Jr.” which runs Nov. 15–17 and 22–24. Next September, White will hold another “A Long-Expected Party,” a fan-driven reenactment of Bilbo Baggins’ 111th birthday that’s been held at Shaker Village of Pleasant Hill since 2008.

“We were only going to do it once,” said White, who plays Bilbo Baggins.

Always a fan of science fiction, White said many opportunities have just fallen into his lap.

Tickets are $12 for “Frozen Jr.” For more information, visit raggededgetheatre.org or call 734-2389.