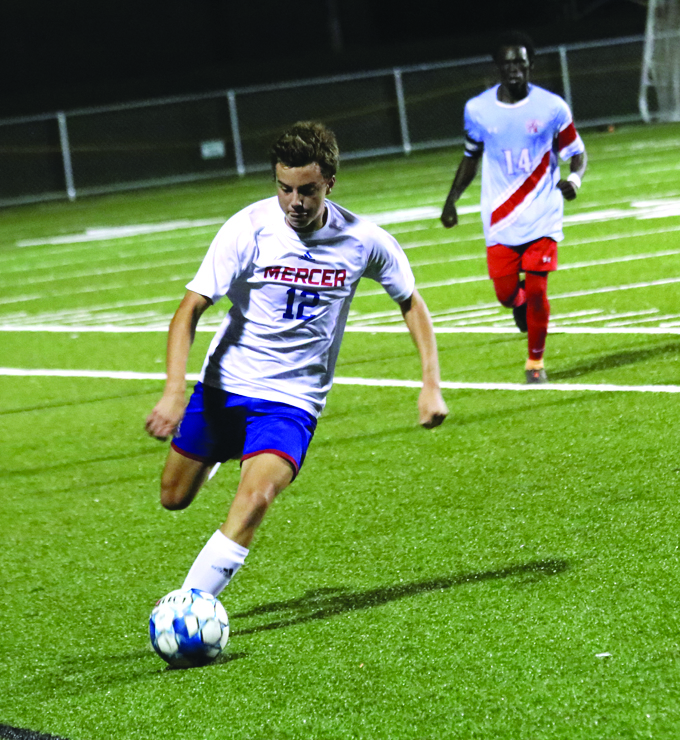 Mercer County senior John Will Keller (12) saves a ball from going out of bounds against West Jessamine in the 46th District Championship. (photo by Arpan Dixit)

After splitting the first two matchups of the season, the West Jessamine Colts (10-7-2) won the rubber match against the Mercer County Titans (10-8-2) by a final score of 2-0 to win their third straight 46th District title on Thursday, Oct. 10.

AJ Kinnell scored the first goal of the game after the Titans mishandled the ball near their goal. Kinnell got one past Mercer County junior goalkeeper Aidan West in the 21st minute to give the Colts an early lead.

“You know, we struggled offensively tonight obviously by not scoring goals, and in games like this you have to score so we’ll take responsibility for not being able to put it in the back of the net tonight,” said Mercer County Head Coach Garrett Stark.

With 11 minutes to play, the Colts had a chance to put the game away after Beau Brown was called for a penalty inside the box. West’s Noah Combs shanked the penalty kick wide  right and Mercer County’s hopes of tying the game late were still alive.

Unfortunately for the Titans, Mason Devney connected on a header off a cross from Kinnell, which sealed the game with seven minutes to play.

“I was proud of our composure that our guys kept tonight,” said Stark.

Play was very physical with multiple members from each team connecting on hard slide tackles. Only one yellow card was handed out by the officiating crew.

“We had one yellow card tonight in a game that probably should’ve had 20,” said Stark. “It was a very physical game, but we were able to keep our composure and play through it.”

Stark talked about the improvements he would like to see from his team heading into the region tournament this week.

“The key is getting to this game and when you get there, you want to win. But tonight, we fell short of that,” he said. “Next week is a new week.”

“Hopefully we’re going to come out and do that again. That is our goal,” said Stark. 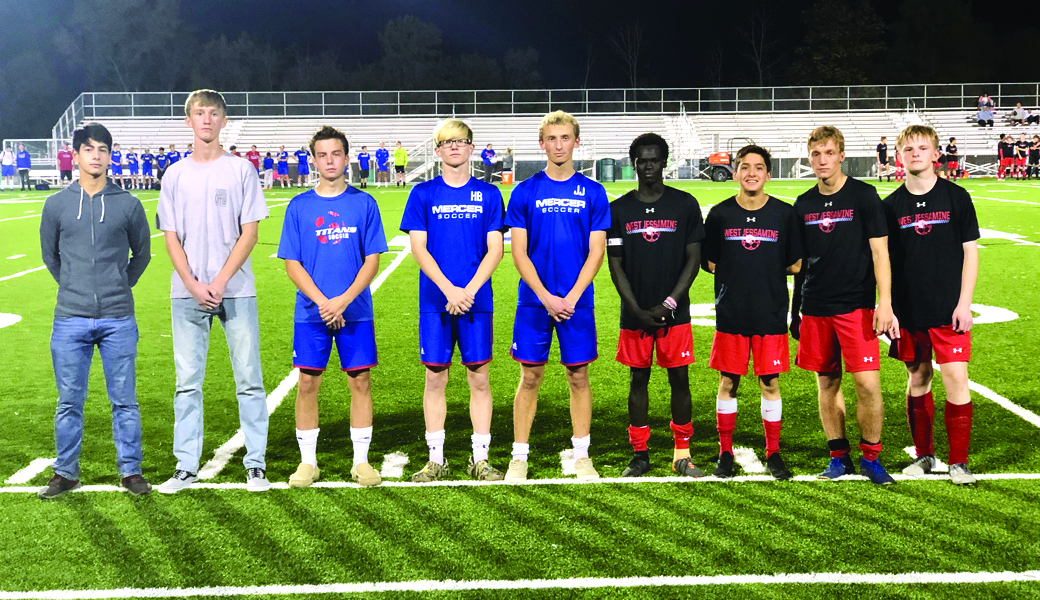