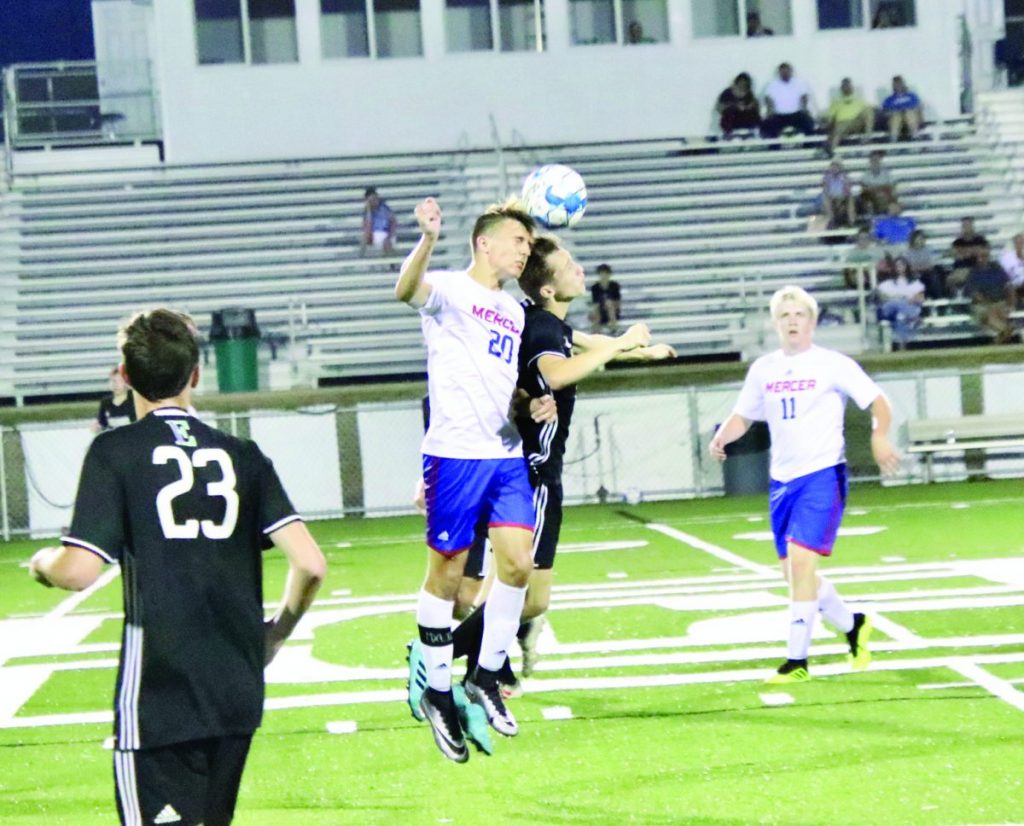 Mercer County freshman Beau Brown (20) battles for a ball in the air and clears it out of danger against East Jessamine on Tuesday, Sept. 10. (photo by Arpan Dixit)

Junior Jeron Winchester scored the first goal of the night in the third minute of the game, sneaking one past East goalie Isaac Rocco.

Winchester added another one in the 22nd minute. Senior Hunter Booth earned a hat trick and made it look easy. Booth scored his first in 18th minute, his brace in the 24th minute and the hat trick in the second half, in the 47th minute.

“I thought our whole back line played and defended really well tonight,” he said. “They are starting to get that chemistry and communication that we need at this part of the season.”

The Titans take on the West Jessamine Colts on Thursday, Sept. 12, for their next matchup and it is without a doubt their biggest matchup of the season up to this point. The Colts are (7-4-1) and will challenge the Titans for the district crown later in the season.

“Anybody we play, we want to put two good halves together. Finishing wasn’t as good in the second half of this game so we’d like to clean that up,” said Stark. “Hopefully we’ll do that Thursday against West.

Senior Hunter Booth and junior Sammy Berger scored one goal each for the Titans.

Wade Sutley and Casey Smith each scored a goal for Western Hills.

This was Mercer County’s first draw of the season, while Western Hills drew for the second time.

“I thought we played pretty well in the first half. It was frustrating when we were missing our opportunities to score, we just didn’t see enough support on the field. We’re a team and we’re not going to make those changes just because we are struggling to score,” said Stark. “We came out in the second half and we played more relaxed and supported each other and it caused us to score more goals.”

The most notable performance came from Berger, who scored a season and career-high five goals.

Berger was on fire from the start, scoring the first goal of the game just 45 seconds in, adding another in the fifth minute and earning the hat trick in the 27th minute.

“We had a meeting before the game and talked about things he could improve on. One of the things he thought was he was shooting too much, and I told him you can never shoot too much,” said Stark. “I’m glad he listened to that and he shot a lot tonight. A lot of his shots were on frame and several weren’t.”

Berger added his fourth goal in the 50th minute and senior Nate Randall added one just a minute later and the Titans were quickly up 5-0 with 30 minutes still to play.

Junior Jamie Bordeaux joined the party in the 54th minute, scoring on an assist from senior John Will Keller.

Randall added another in the 56th and Berger scored his fifth and final goal in the 60th minute.

The Titans will be back on the field today, Thursday, Sept. 12, when they host West Jessamine at 7:30 p.m. 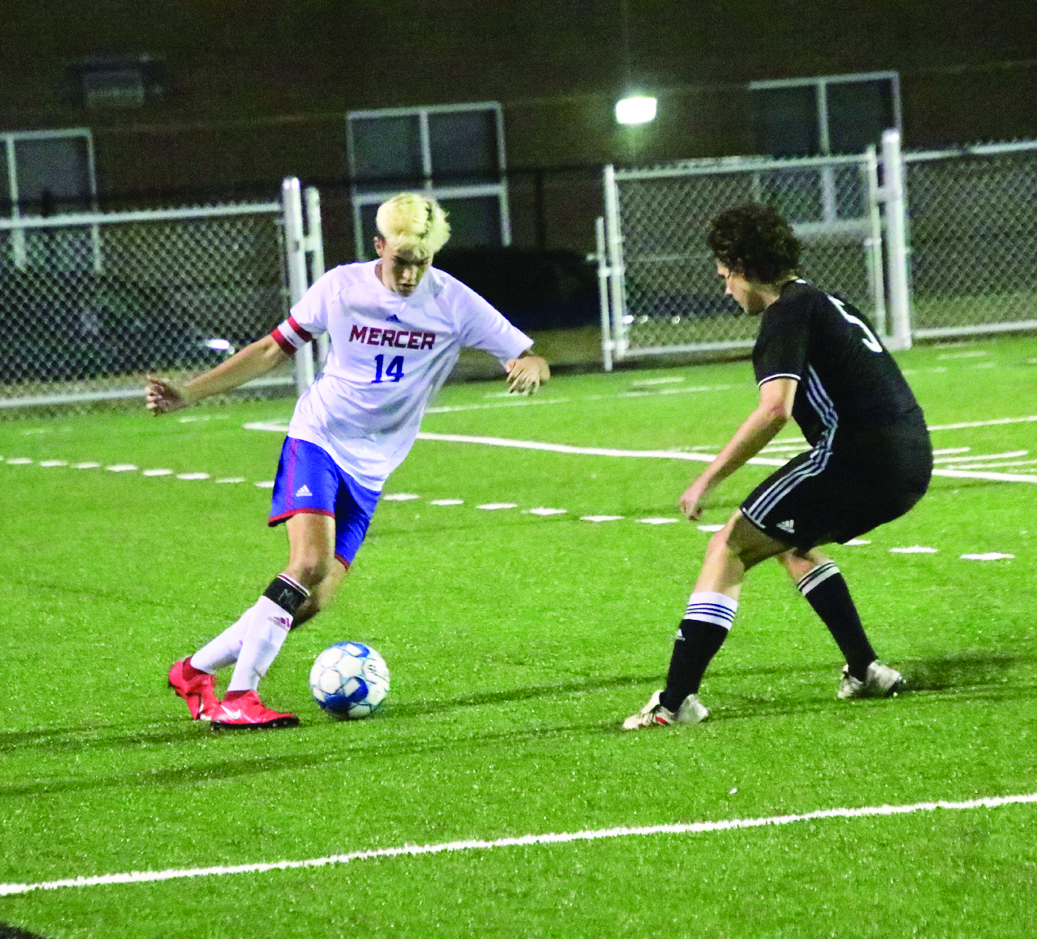