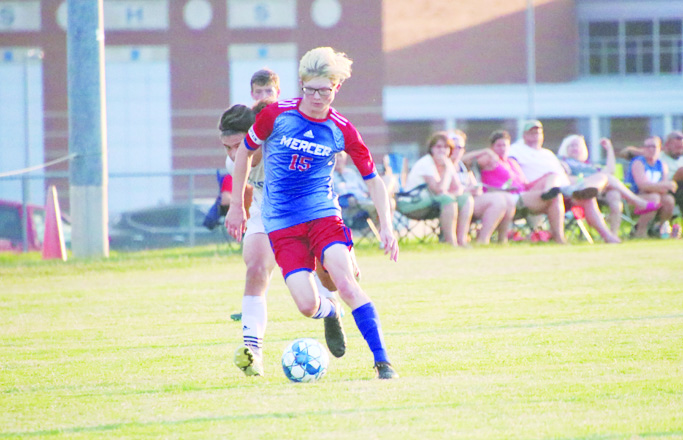 After splitting their first two games of the season, the Mercer County Titans soccer team (2-1) won their home opener in dramatic fashion over their district rivals, the  East Jessamine Jaguars (1-1), by a final score of 3-1 on Saturday, Aug. 17.

After 20 minutes of play in the first half, a weather delay was issued after lightning was spotted in the area. After play resumed, both teams struggled to score and went into halftime in a scoreless tie.

Booth broke the tie with a goal right out of halftime and scored two minutes after that on a free kick from almost 25 yards out.

Randall sealed the victory after being fouled hard from behind in the box. After a brief scare, Randall got up and easily converted the penalty kick past East Jessamine goalie Isaac Rocco.

“I think we started out at the beginning of the game playing pretty well. We kept the ball forward, we weren’t getting our shots off, but we played pretty well,” said Head Coach Garrett Stark. “That weather delay came in and we kind of came out cold and East Jessamine picked up the intensity. I’ll give that section portion of the first half, after the delay, to them. They outplayed us. I was proud of our guys coming out in the second half and playing much better.”

With 20 minutes remaining in the game, Pittman got East Jessamine on the board.

The Titan defense held their own and sealed the victory for their first district victory of the season.

Pittman’s goal was a strike from outside of the box, one that Mercer County goalie Aidan West couldn’t contain. Despite giving up the late East goal, West had a strong game and made key saves when called upon.

“I think he’s getting better and better each game. Now, there is obviously some things we still want to work on, but I thought he played well tonight,” said Stark. “I hated that he gave up that goal because every keeper wants to have a shutout, but it’s part of the game.”

One thing you will always get from a district game is tough and physical play, and this game was no exception.

The Titans will be back on the field today, Thursday, Aug. 22, as they host the Somerset Briar Jumpers at 7:30 p.m. 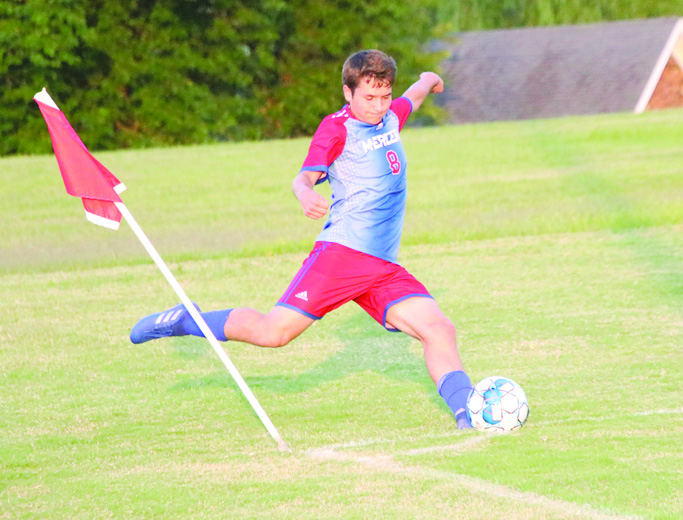 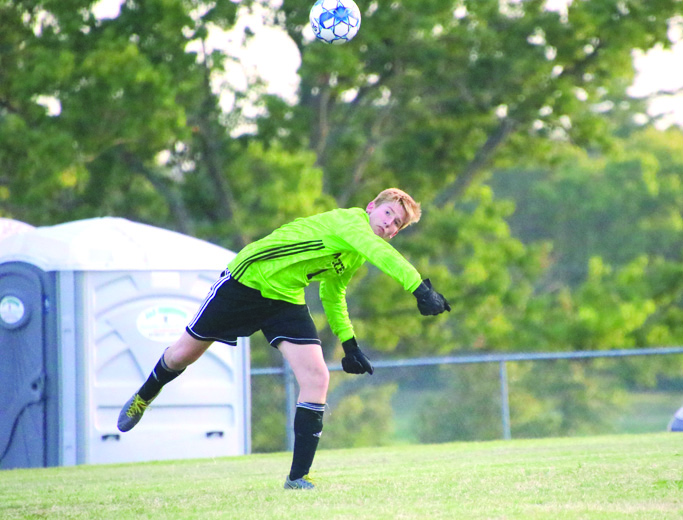 Mercer County junior goalie Aidan West makes a save and finds an open teammate against East Jessamine on Saturday, Aug. 17. West only allowed one goal against the Jaguars. (photo by Arpan Dixit) 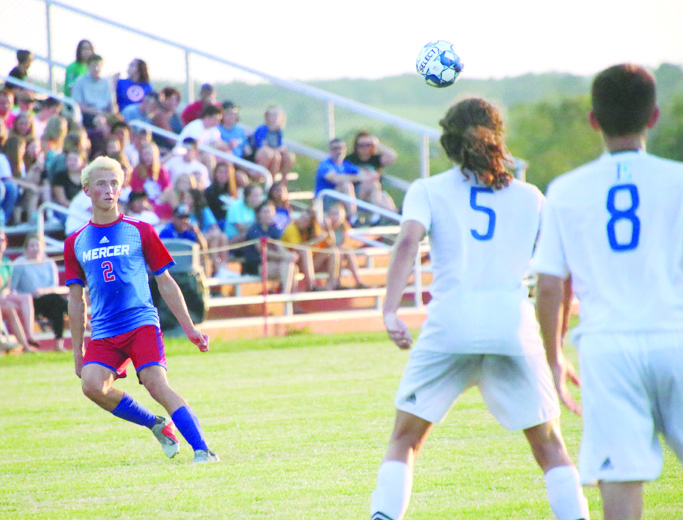 Mercer County junior James Johnston (left) curls a ball over the East Jessamine wall during a free kick. The Titans scored three goals in the second half to earn the big district victory. (photo by Arpan Dixit)