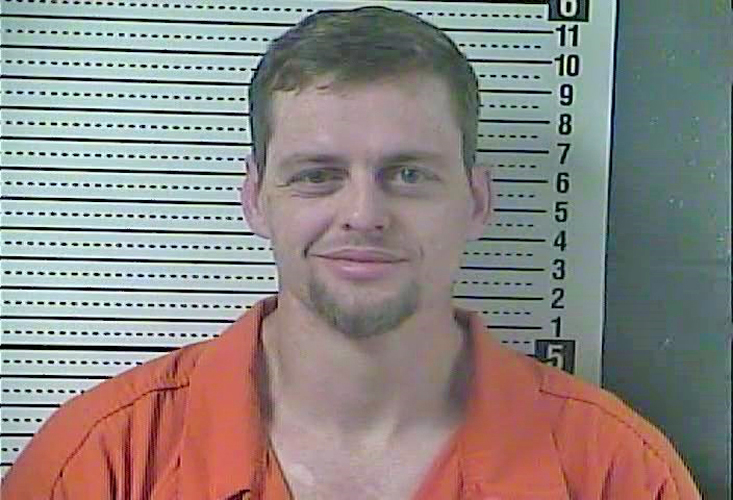 Andrew Horn of Harrodsburg is one of six people charged with trying to smuggle contraband into Boyle County Detention Center.

A Mercer County man currently incarcerated at Boyle County Detention Center is one of seven people charged with smuggling contraband into BCDC.

Andrew Lucas Horn, 35, of Harrodsburg, is charged with two counts of 1st-degree complicity in promoting contraband. He is one of three current inmates to be charged. Another inmate was involved, but was released before he could be charged, according to Chief Dep. Jailer Chad Holderman.

Horn and the others are charged with conspiring to smuggle contraband consisting of pills and a powdery substance that has not been positively identified into the regional jail. Holderman said the contraband was brought into a secured area, but not within BCDC walls.

“They had already done it once and they were supposed to be doing it immediately after that,” Holderman said.

“We caught a hint of something in a video visit,” Holderman said. Investigators reviewed videos, recorded phone calls and text messages, while searching for evidence. He said most of the tips they get don’t amount to anything.

“This time it led to a pretty significant stop of contraband getting brought in,” he said.

Horn has been arrested 12 times since 2004. He has been charged with possession or trafficking in heroin four times since 2016, according to the BCDC website.

He was last arrested in May when he was stopped by police on Old Danville Road for failing to use his turn signal.

So far, six people have been charged. Officials say more charges are pending.

Those arrested so far include:

In addition to Horn, two current inmates were charged:

There are active warrants for another person who was allegedly involved in the scheme. The suspect’s name will be released once the warrants are served, Holderman said.

He said all the accused inmates have been separated and are being closely monitored.

The three citizens have been already bonded out, he said.

Jail officials don’t just have to struggle to keep inmates in, they have to fight to keep drugs and other harmful contraband out, Holderman said.

BCDC staff search each cell three times a week and pat down inmates whenever they’re brought in. Inmates are also frequently run through the scanning machine and are subject to strip searches.

“We’re doing all we can do to stop contraband from being smuggled in,” Holderman said.