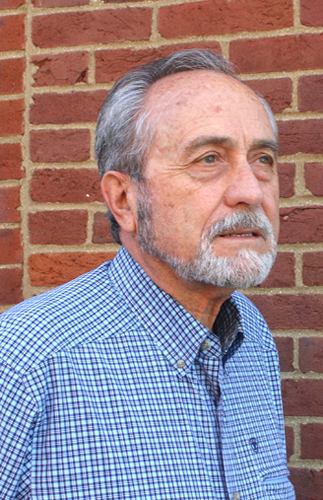 Pastor Terry Morrison of Harrodsburg Community Church said he wouldn’t call himself a visionary. Glen Campbell is right when he said, “You got to try a little kindness, just shine your light for everyone to see, then you’ll overlook the blindness.””

Pastor Terry Morrison is well known in Mercer County for his mission of unity within the Christian community as president of the Mercer Ministerial Association. Born in Harrison County in 1946 Morrison said he resisted the calling to ministry several times.

“I went to a Christian Liberal Arts College and married my wife after freshman year. I went to work for Bell South and fully intended on staying with them for a career,” said Morrison. “I was asked to preach at a small church in Eastern Jefferson County after doing some speaking.”

Morrison said his time at the small church was short lived due to his youth and inexperience. He decided to buy a farm with his wife and try his hand at insurance and investment.

“I was one of those people that enjoyed preaching, but tried several ways to stay out of ministries,” said Morrison. “We bought a farm in Green County and proceeded to the brink of bankruptcy. At that point I was talking with the banker and he point blank asked me, “Are you running away from God?”

Morrison said he came back to ministry in 1976 and has stayed with his passion ever since. He was pastor at Ebenezer Church from 1976- 1985 and at Harrodsburg Community Church from 1985 to present day. Morrison serves as president of the Ministerial association, on the board for Mercer Area Family Wellness, writes weekly church columns for the Harrodsburg Herald and sings in a glee club at the Willows of Harrodsburg on Tuesdays.

“I think the calling for ministries was also for me to exert my energy and gifts to promote unity in the Christian community,” said Morrison. “I’m not a visionary but I think Glen Campbell is right when he said, ‘You got to try a little kindness, just shine your light for everyone to see, then you’ll overlook the blindness.’”

Morrison said he would like to be remembered for showing kindness to people.

“I was at a conference one time and they asked me what I wanted on my tombstone. I said at the time that I would like it to say that I loved people but then I thought maybe I’d change it a bit,” said Morrison. “I thought what would I like to be remembered as and the answer is as a kind person. It doesn’t cost much but it is a big, big thing.”