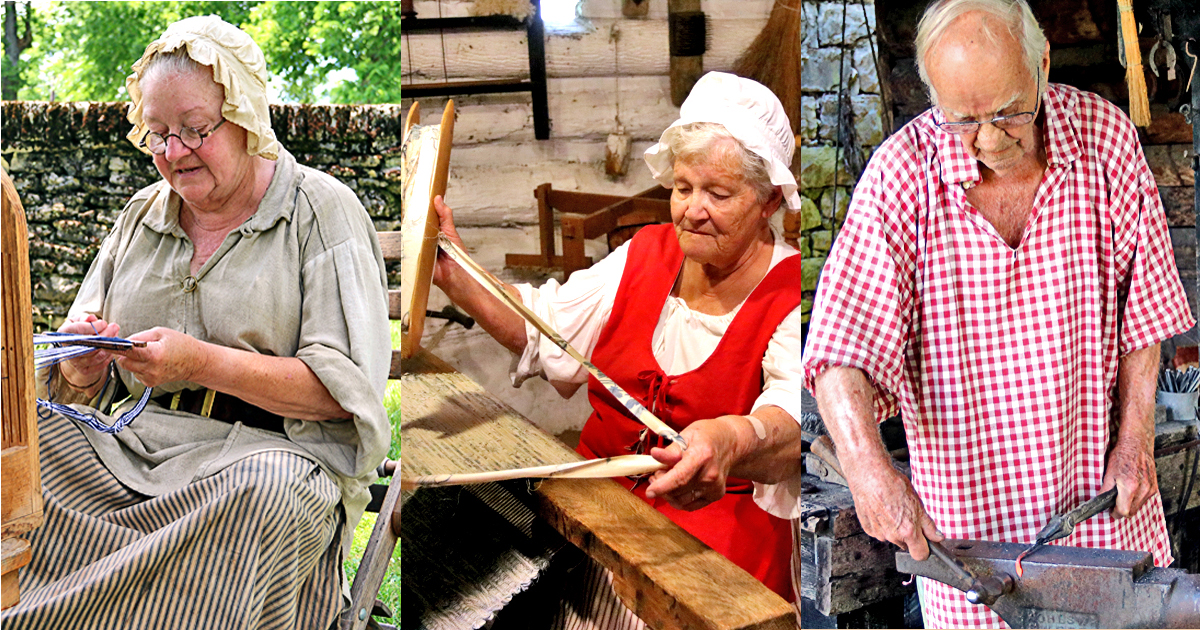 In addition to the raids, visitors at Old Fort Harrod State Park can get a look at what life was like back when Harrodsburg was known as Harrods Town. From left: reenactors Debbie Jenkins, Devola Collier and Jim Moore at last year’s Settlement And Raid.

Longtime visitors know what to expect at the 11th annual Old Fort Harrod Settlement and Raid, which happens Saturday, June 22, and Sunday, June 23, from 8 a.m. to 5 p.m. The Native American raids will happen at 2 p.m. on both days but that is far from all that is going on at the park.

This year, visitors can check out historical re-enactments of life among the settlers and natives, including saltmaking and cooking demonstrations. There will even be a 1770s’ style coffee house. Park Manager David Coleman said the settlers drank coffee.

“The debate is whether they’d pay someone to cook it or not,” Coleman said.

Something else the settlers definitely drank was alcohol. There will be a special tavern night on Friday at the fort’s ordinary, which gives modern day visitors the opportunity to rub elbows with colonists in an authentic 18th century drinking establishment.

This is the second year for the tavern night, Coleman said.

“It went over huge last year,” he said.

The 11th annual Old Fort Harrod Settlement and Raid, happens Saturday, June 22, and Sunday, June 23, from 8 a.m. to 5 p.m. at Old Fort Harrod State Park (100 South College Street). The raids are free and open to the public, but tickets are needed to tour the fort or the museum, call 734-3314 or visit parks.ky.gov/parks/recreationparks/fort-harrod.

Editor’s Note: For the full schedule, check out the ad on page 7A.