Thoughts and Goals From Community Leaders 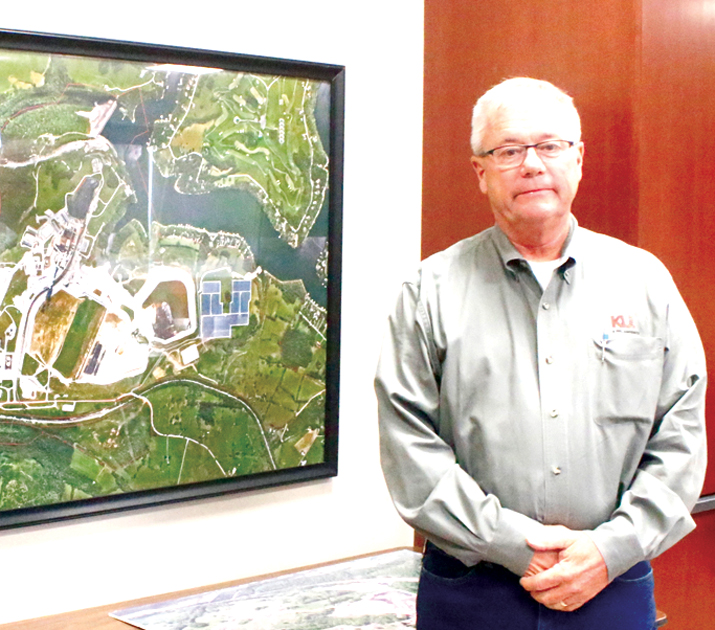 “Our mission is to keep the generators reliable,” said Jeff Fraley, who has served as general manager of Kentucky Utilities-E.W. Brown Generating Station since 1998. “Keeping them reliable means good people, good parts and 24 hour supervision of the machines.”

Jeff Fraley has been general manager of Kentucky Utilities-E.W. Brown Generating Station since 1998. Hired at the plant in 1988 after serving in the United States Air Force, Fraley worked his way up through the ranks.

“Our mission is to keep the generators reliable,” said Fraley. “Keeping them reliable means good people, good parts and 24 hour supervision of the machines.”

Fraley said he and his people take pride in the reliability of the generators at the station located on Dix Dam Road.

“Power is produced the moment it is consumed,” said Fraley. “There is no storage therefore it is 24 hours a day 365 days a year, even on Christmas.”

The plant employs 128 people and 40 contractors. There are four types of generators at the station using coal, hydro, solar generators and natural gas. Fraley said the natural gas generators are only used during peak consumption periods because they can be operated on short notice.

Safety plays an important role in keeping power plants reliable and Fraley said he is proud of the safety standards kept at his plant.

“Recently we went six years without an injury,” said Fraley. “We have been able to maintain long periods without incident regularly.”

Fraley gives credit to the employees of the power plant for the successful safety record, saying that individual workers holding themselves responsible was the key to achieving their safety goals.

“Everyone is informed and ready to take safety measures,” said Fraley. “We have really made safety a priority.”

The environmental regulations and standards for power plants are extensive and the plant is no exception.

“We are currently engaging in large projects to meet or exceed environmental standards,” said Fraley. “We are changing how we treat water and eliminating a lot of discharge.”

Fraley said water discharged by the plant is treated and will be cleaner than the receiving water. He also said they are no longer using the ash settling pond.

“We enhanced the treatment of flue gases in 2010 to greatly reduce pollutants,” said Fraley. “Kentucky Utilities has invested over $1-billion in meeting or exceeding environmental standards at this plant.”

Environmental conservation is an important aspect of Fraley’s job but he also addresses it on his down time.

Fraley helped form the Herrington Lake Conservation League. He still serves as a director for the organization.

“The lake was built by KU in the 1920s to provide hydro power to this area,” said Fraley. “It still provides power, but it has also become an intricate part of the community in Mercer County.”

Fraley said when he first arrived in the area the lake had a reputation of being dirty and full of trash. He said he hopes that image has changed.

“KU is a significant contributor to the Herrington Lake Conservation League. Most of the funds raised by the league are used solely for clean up efforts,” said Fraley. “Herrington Lake is a driving force in this community and it is important for it to be clean.”