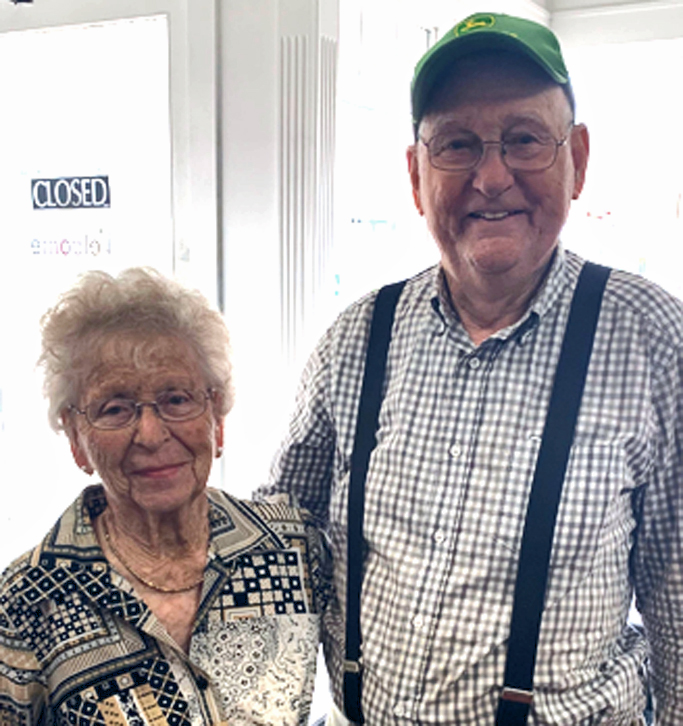 Summer romances leading to lifelong relationships is the stuff of movies but for one couple it has been their every day reality.

Married on June 11, 1954, Darlene and Robert Bowles are celebrating 65 years of togetherness.

“We have been working side by side our entire lives,” said Robert Bowles. “We love each other and have done everything together all these years.”

They were married in Woodford County and moved to Mercer in 1977 to be dairy farmers.

“We had never milked a cow before when we decided to try it,” said Robert Bowles. “Been doing it together ever since.” 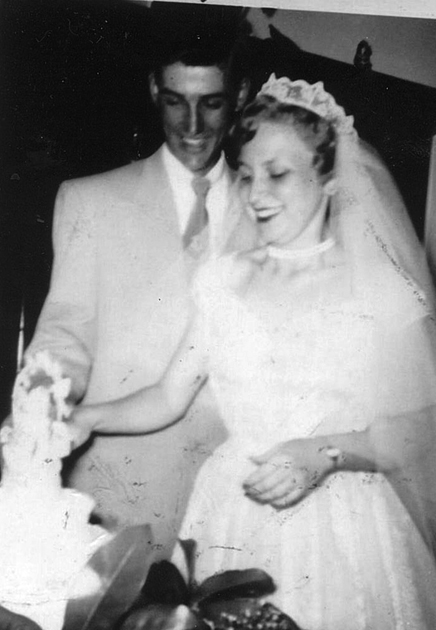 Robert and Darlene Bowles at their wedding in 1954.

That kind of togetherness is the key to their long-standing relationship, the couple say.

“We love each other and never have done things separate,” said Robert Bowles. “Every decision is

made together. We worked hard at talking about everything.”

Darlene Bowles said she believes love and understanding has helped the longevity of their relationship.

“You just have to be in love enough to want to always be together,” said Darlene. “It is hard work sometimes.”

They aren’t planning doing anything special for their 65th anniversary, but they are still very much in love with each other.