Couple Honored For Their Commitment To Mercer County 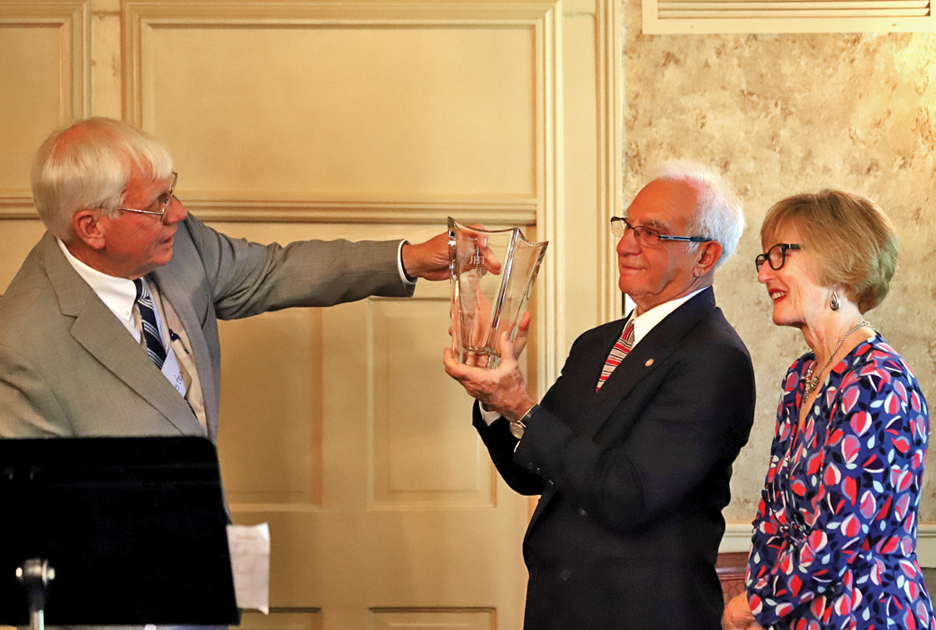 Bill Huston of the James Harrod Trust presented Pete and Barbara Chiericozzi with the Jane Bird Hutton award for preservation.

Barbara and Pete Chiericozzi were given the Jane Bird Hutton award for preservation by the James Harrod Trust last week. The Chiericozzis were presented with a crystal vase by James Harrod Trust member Bill Huston at the Beaumont Inn, but that wasn’t the only gift giving. The Chiericozzis presented a $25,000 donation to the Trust, charging them to use the funds to select and direct projects that will help Harrodsburg celebrate its 250th anniversary in 2024. 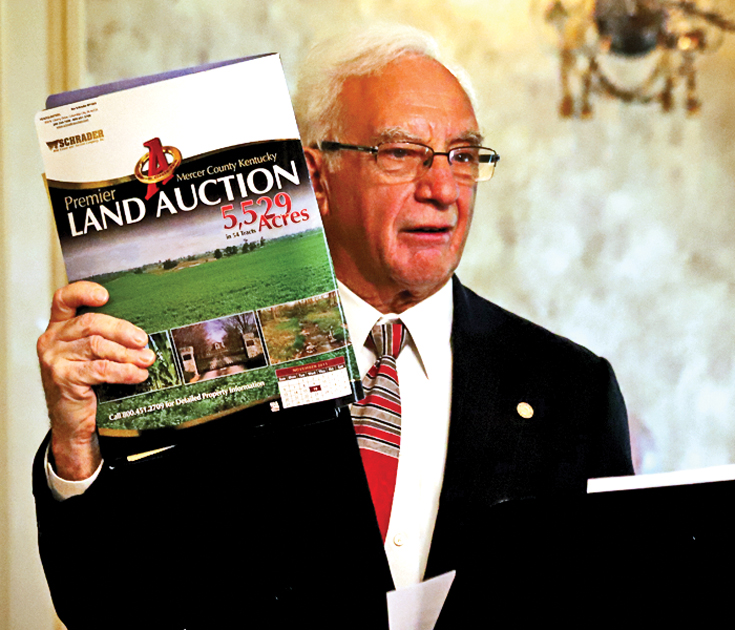 The Chiericozzis were honored because of their commitment to the improvement, philanthropy and preservation of Harrodsburg and Mercer County.

During his speech, Pete Chiericozzi, a retired paper executive, said he and his wife had lived in Mercer County longer than anywhere else in their 52 years of marriage. The couple, who recently relocated to South Carolina to be closer to their family, lived here for 16 years.

Among other projects, they founded the Mercer Endowment, making the initial donation of $10,000 and matching donations up to $5,000 over the first five years. The Endowment has made small yet significant donations to Anderson-Dean Community Park, volunteer fire departments around the area and funded college scholarships.

For Mercer County, Chiericozzi said that translates to “The best is yet to come.”