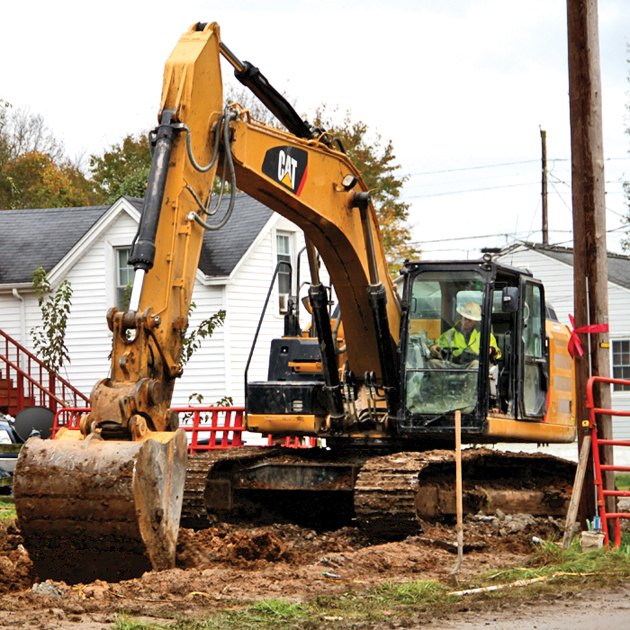 Burgin residents are upset about being charged with sewer service and other utility costs.

The Burgin City Council meeting concluded with a discussion about the cost of sewer and the rising water bills. Discussion among the council was met with community ire and shouts from the crowd. One community  member even compared the bills to a shakedown from gangsters.

Mayor Jim Caldwell said he wished there was some way to help the citizens of Burgin but his hands were tied.

“The agreements we are locked into were signed years ago,” said Caldwell. “The ordinance requires us to collect the fees. We are just the middleman in this.”

Caldwell said the sewer will serve the city for years to come.

“We agreed to require connection from our residents years ago, allowing the Sanitation District to borrow the funds to build the sewer,” said Caldwell. “They are paying back the loan and we have to meet our end of the bargain.”

Caldwell said he understood the frustration of the residents and wished the minimum cost was lower.

“The sewer is forcing our residents to pay without being held accountable for issues,” said Councilman David Peavler.  “The streets are still torn up.”

The council encouraged all residents to attend the next meeting of the Mercer County Sanitation Disctrict on Thursday, June 13, at 2 p.m. at the Lake Village Water Association (801 Pleasant Hill Drive, Burgin).  The meeting is open to the public.

It was also noted that there were several complaints on high water bills  the council stated that there were seven mistakes in readings and that all had been corrected.  In the April meeting, Councilwoman Frances Cord was concerned with some meters being read incorrectly. Caldwell explained the majority of complaints had been due to increased charges but said all meters had been read and none were estimated this month.

An executive session was called to discuss property acquisition and personnel. A special-called meeting is scheduled for Wednesday, May 22, at 6 p.m. to discuss these issues was called.

The next regular meeting of the Burgin City Council is scheduled for Tuesday, June 11, at 6:30 p.m. at Burgin City Hall  (117 Maple Street, Burgin).