A Danville man has been indicted on nine class B felonies related to a shooting on Cardwell Avenue in April. 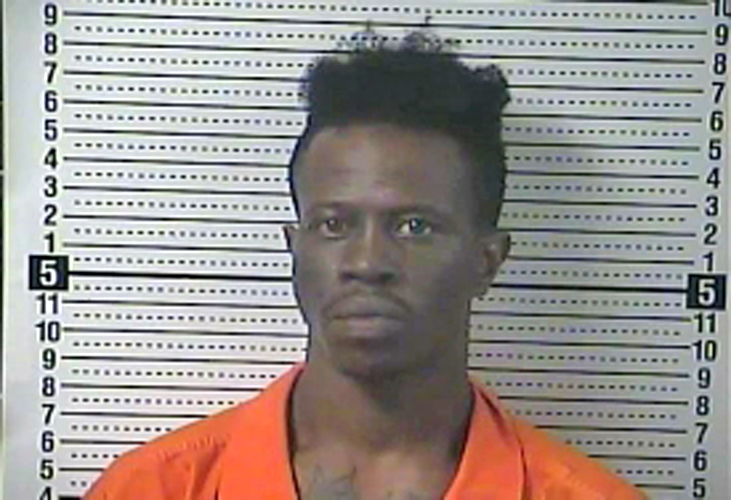 Jeffery Alcorn, 36, of 226 Forrest Avenue, Danville, is charged with possession of a handgun by a convicted felon and eight counts of 1st-degree wanton endangerment.

The eight charges are for the eight people inside a residence on Cardwell on Wednesday, April 3, at 11:21 a.m., when Alcorn “drew a silver pistol from his pocket and fired a shot” into the residence which went through the wall and entered the bathroom, according to a police report.

One resident, an adult, was taking a shower at the time of the shooting. No one was injured, police say.

The bond for Alcorn, who is being charged as a persistent felony offender, was set at $50,000.

The grand jury handed up indictments last Wednesday on charges including assault, wanton endangerment, drugs and possession of stolen property.

Franklin Aguiar, 43, of 293 Lakeview Point, is charged with possession of a handgun by a convicted felon, a class C felony, and 2nd-degree wanton endangerment and 4th-degree assault, both class A misdemeanors.

The three offenses occurred April 18–20 in Mercer County. Bail was set at $10,000 with the provision Aguiar has no contact with the victim. Patrolman Akio Tonge (HPD) testified.

Also indicted was Brandon Johnson, 32, of 413 Perryville Street, on charges of 2nd-degree burglary, a class C felony; 4th-degree assault, a class D felony, and violation of an emergency protective order, a class A misdemeanor.

On April 18, Johnson violated a Mercer Family Court Order when he unlawfully entered the home of a woman and choked her. Bail was set at $15,000 on the condition Johnson has no contact with the victim. Patrolman Taylor Smith (HPD) testified.

Ruben Clark, 36, of 106 East Jefferson Avenue, Danville, is charged with 1st-degree trafficking in methamphetamine, a class B felony. According to the indictment, Clark was found to be in possession of more than two grams of methamphetamine in Mercer County on March 28.

Bail was set at $20,000 with drug-related conditions: including reporting to pretrial services, submitting to random drug testing and being involved in no new arrests involving alcohol, illegal substances or pain medications with or without a prescription. Patrolman Blake Darland (HPD) testified.

Also indicted was William Kinkead, 36, of 211 Benton, Burgin, with two class D felonies—1st-degree possession of methamphetamine and heroin—as well as a possession of drug paraphernalia, a class A misdemeanor, and driving under the influence, a class B misdemeanor.

On Dec. 22, 2018, Kinkead was arrested for driving under the influence after being found to be in possession of methamphetamine, heroin and a syringe.