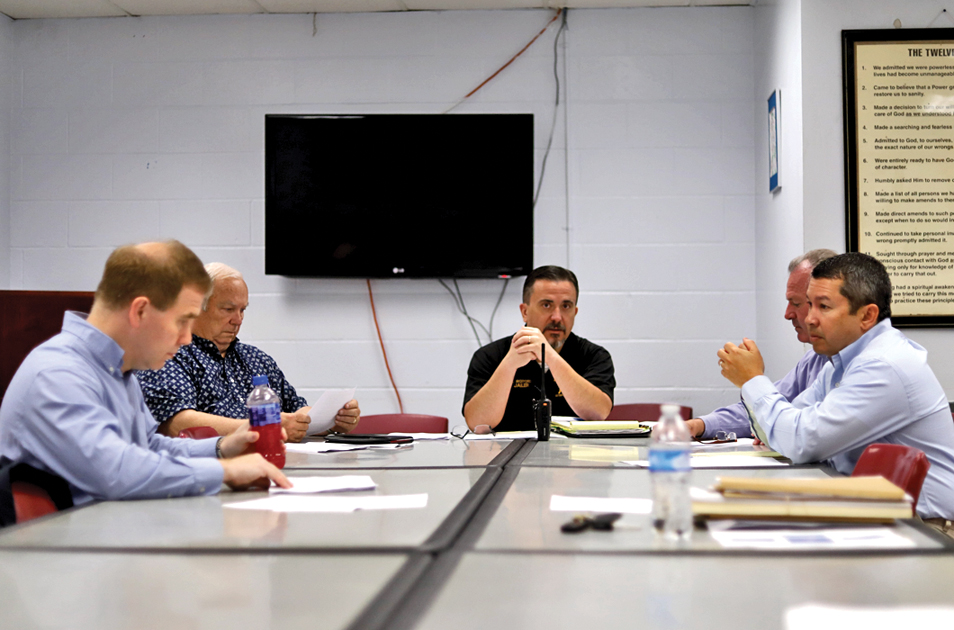 Are you in or out?

After giving officials from both counties a tour of the Boyle County Detention Center on Friday, Wofford asked Mercer representatives about their intentions as to whether they want to build a new jail or expand the current facility.

However, the Mercer officials could not give him an answer. Mercer Judge-Executive Milward Dedman said the Mercer County Fiscal Court  could not make a decision until they looked at qualifications submitted by architects.

“I don’t think, as a fiscal court, we could say one way or another,” Dedman said.

The fiscal courts from both counties approved sending out a request for qualifications to architects. Boyle Treasurer Mary Conley said she had sent the request to 10 different firms as well as advertised it.

Wofford and Boyle Judge-Executive Howard Hunt are meeting with state corrections officials about possibly getting land at Northpoint Training Center. The land would serve as the location for a new regional jail if it’s decided that building it would be more economical than expanding the current one. Judge Hunt said he hoped they’d have a clearer view of what was happening by the end of the summer.

Both counties are budgeting to do something with the jail, which is over 20 years old. Under the proposed jail budget, Boyle is putting $243,000 in reserve, which increases the over all budget. Mercer has put $100,000 into a restricted account. 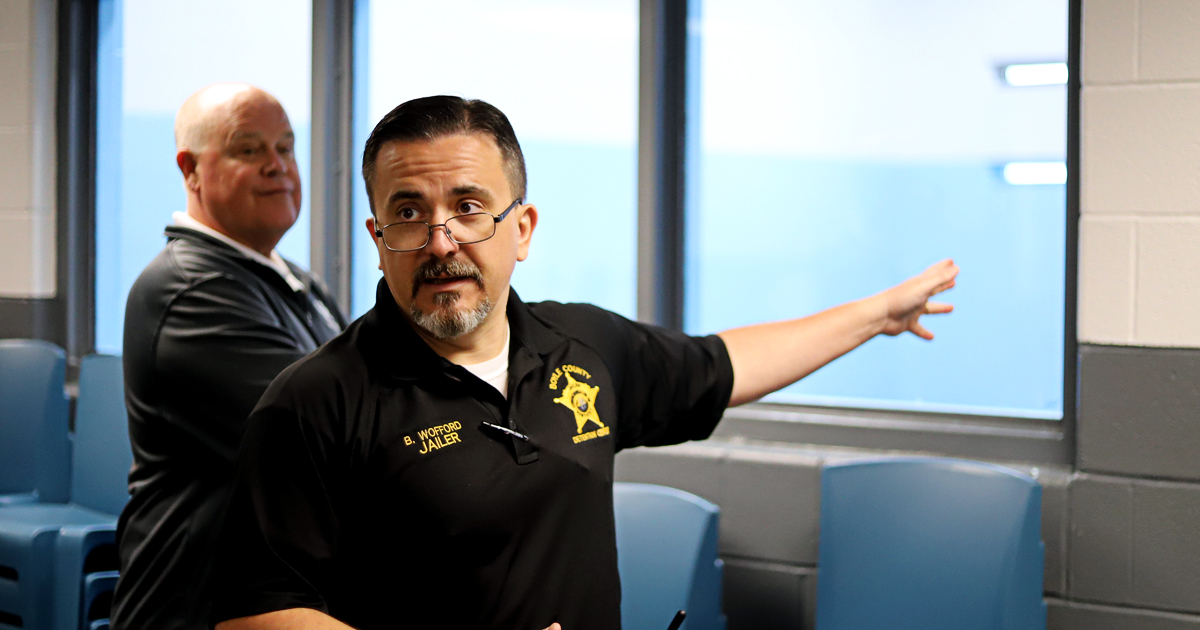 Boyle County Jailer Brian Wofford shows officials the enclosed exercise area at Boyle County Detention Center. The state denied permission to use the exercise area to permanently house inmates unless other areas where the regional jail is also considered deficient were addressed.

In the past, officials had hoped to expand the current facility by enclosing an exercise area. However, the state refused permission unless other areas where the aging jail was deemed deficient were also repaired.

Back then, the jail was dangerously overcrowded, with close to 400 inmates packed inside its walls. While the population has trended lower in recent months, it is still well over the jail’s maximum designed capacity. The facility was designed to hold 220 inmates, and it currently houses 251.

Whatever decision officials make, it’s going to be expensive. Late last year, consultants from Brandstetter Carroll Inc. said it would cost more to fix the current jail than to build a new one.

During a presentation in December, the consultants said building a new 450-bed jail—which is around the minimum size that the state will allow—would cost over $34 million, while bringing the current jail up to national standards would cost an estimated $36 million.

The consultants also said that, even at 250, the detention center is still overcrowded and has no room to isolate inmates suffering from illness or substance abuse-related issues.

While the two counties have been running the jail together for over two decades, Mercer has been housing jail inmates in Boyle County for even longer than that.

That partnership has seemed frayed at times, especially when Mercer asked to renegotiate the interlocal agreement which set the ratio governing how expenses are split between the two counties.

The next meeting of the Mercer-Boyle County Joint Jail will be on Friday, June 14, at 1:30 p.m. at the Mercer County Fiscal Courthouse (207 West Lexington Street).