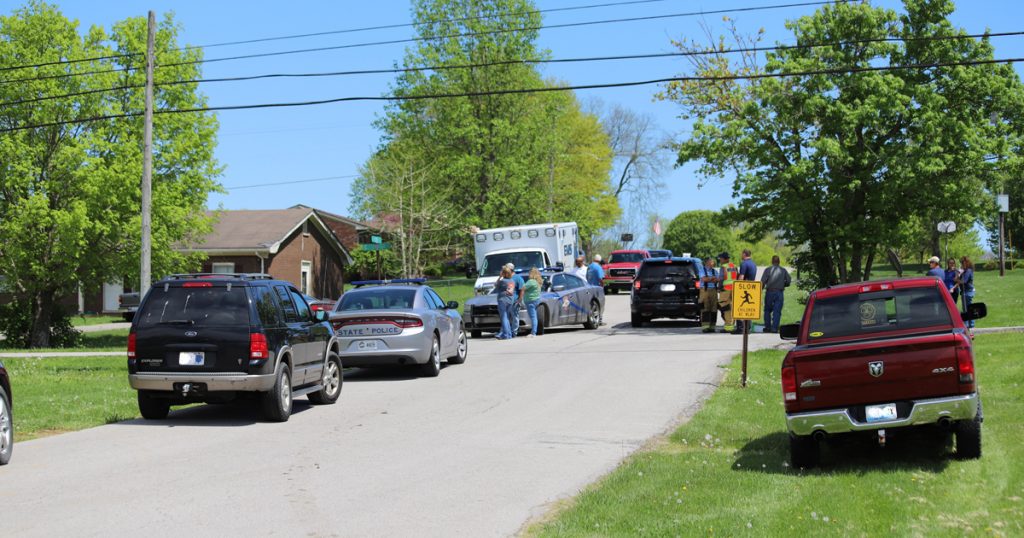 An armed man threatening suicide has barricaded himself in his home at the end of this street at Cottonwood Estates for the the second time this month. Sheriff Ernie Kelty has been trying to talk the man into surrendering for over five hours.

An armed man who is threatening to kill himself has barricaded himself in his home at Cottonwood Estates for the second time this month.

Sheriff Ernie Kelty has been talking to the man over the phone or through the wall of his garage since around 9:30 a.m, according to the Kentucky State Police. KSP are assisting Sheriff Kelty and deputies from the Mercer County Sheriff’s Office.

The KSP confirmed this is the same man who, armed with a 9mm handgun and threatening suicide, shut himself inside his garage on April 7.

That time, it took three hours for Dep. Tim Gambrel to talk the man into surrendering peacefully.

After surrendering, the man was taken to a psychiatric facility for evaluation.

We will update when we learn more.