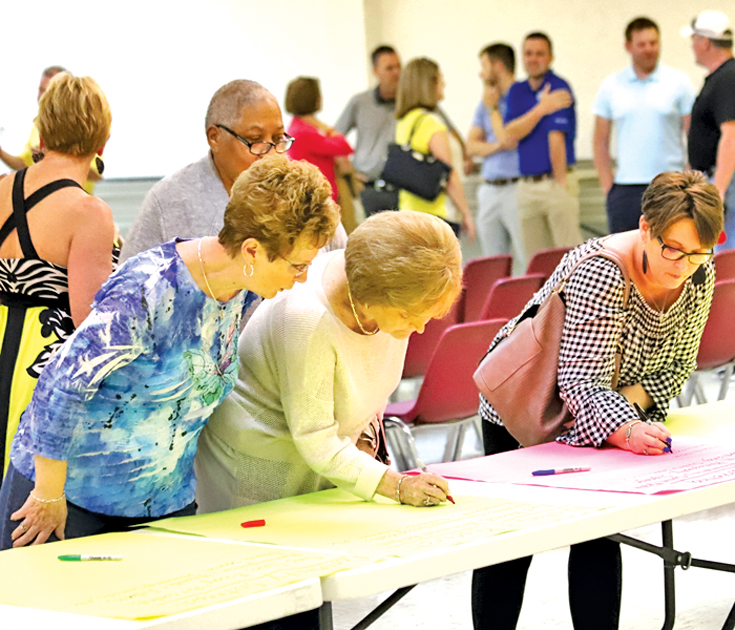 Planning Begins For Big Bash In 2024

In 2024, Harrodsburg will celebrate the 250th anniversary of its founding. Five years may seem like a long way off, but it’s not a lot of time to plan a party as big as a 250th birthday.

Last week, Freeman introduced the leaders of the committee that’s organizing the celebration to the public at the Lions Park Community Center.

Dunbar likened the effort to put on the semiquincentennial celebration to the effort made by James Harrod in creating Harrodsburg.

“He had a mission. He was looking to create a settlement,” Dunbar said. “We have a mission too.”

That mission is to plan and orchestrate a yearlong celebration of Harrodsburg’s history.

But he said organizers couldn’t do it all themselves, and he asked for the public’s ideas. Dunbar said the only way it could work was for the entire community—business, industry, government and churches and the people of Mercer County—to work together. In addition to asking for suggestions, they placed sign-in sheets for the audience to volunteer to belong to six committees, each one charged with a different area.

Organizers say the events will center on the Mercer County Fair and Horse Show, which is the oldest continuous county fair in the nation.

The celebration will actually start at the county fair in 2023 and run through the year, culminating with the anniversary on June 15-16, 2024.

For more information, or to volunteer, contact the organizers at harrodsburg250th@gmail.com.