Kelty Says State Purchasing Guidelines Will Be Followed In The Future

Sheriff Ernie Kelty said he and his staff were unaware they had to bid out equipment they purchased in 2017, and have taken steps to make sure that state guidelines will be followed in the future. 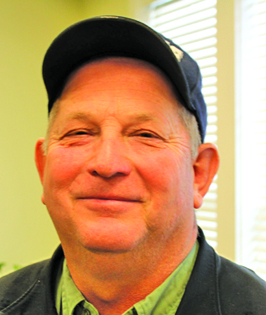 In the audit, Harmon said the sheriff’s office purchased law enforcement equipment—including $25,486  in guns, ammunition and tactical gear  and $24,190 in tasers and cartridges—without advertising for bid or by using a state pricing contract. The purchases were primarily funded using two grants from the Law Enforcement Protection Program.

According to the auditor, both of the purchases were subject to competitive procurement requirements.

In a written response to the audit, Sheriff Kelty said he and his staff did not know the purchases needed to be bid out.

Kelty wrote that the weapons “were purchased from the sole provider of these items” and they thought statutes requiring competitive bidding did not apply.

Kelty also wrote that the body armor and weapons were purchased from two separate grants and were both under the statutory $20,000 limit. However, the items were bought on the same purchase order which made it over $20,000.

According to state law, purchases of more than $20,000 in goods need to be advertised for bids. In the report, auditors recommended the sheriff’s office should comply with statutory purchasing procedures and, if purchasing goods using state contract pricing, maintaining the necessary documentation.

Kelty said he and his staff would follow the procedures in the future.

“We have made adjustments to insure that we will put out public bids anytime we are dealing with these type expenditures,” Kelty wrote.

In an interview Monday, the sheriff said, “We didn’t know we still had to put out bids.”

Kelty said he was proud of the hard work his staff does to make sure his office stays on budget and operates in compliance with the law.

“We put in measures to make sure  this doesn’t happen again,” Kelty said.

Otherwise, the audit was completely clean. In the year which ended on Dec. 31, 2017, the sheriff’s office took in $1.1-million in revenues and paid out $998,798 in disbursements, most of that in payroll expenses.

The sheriff’s duties include collecting property taxes, providing law enforcement and performing services for the county fiscal court and courts of justice. The sheriff’s office is funded through statutory commissions and fees collected in conjunction with these duties.

The auditor’s complete report can be found at auditor.ky.gov.