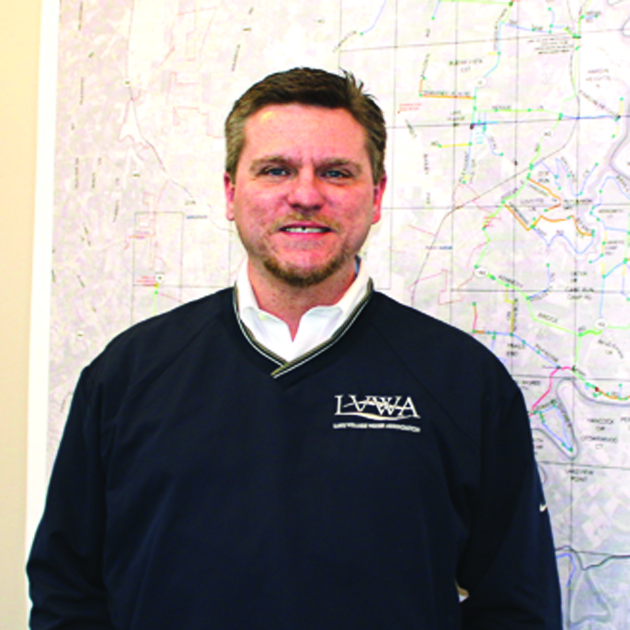 Mike Sanford, executive director of the Mercer County Sanitation District, said he is seeking ways to offset the cost of connecting to the sewer for residents.

“I understand resident’s frustration,” said Sanford. “No one likes to pay for something they aren’t using.”

Sanford said he is actively seeking ways to off set the cost of connecting to the sewer to help the residents.

“Currently there is federal aid under the USDA program 504B as a low interest loan program for anyone and is an income driven grant for residents ages 62 or older,” said Sanford. “The other program called EPA 319 is not income based and has grant funds for any homeowner requiring sewer aid.”

Sanford said the EPA grant program requires a watershed assessment to be performed on Herrington Lake and he plans to spearhead the process to obtain one.

“I have an appointment this week with the Kentucky Water Resource Research Institute to discuss the assessment,” said Sanford. “Once completed, grants would be available for all residents in Mercer, Boyle and Garrard Counties.”

The Burgin sewer system has seen its share of controversy with the lawsuit filed by contractor Todd Johnson.

Johnson won the $3.5 million contract to build a 25,000-foot gravity sewer main on South Main Street. In the lawsuit, their attorneys said the district did not provide the contractor with accurate documentation before construction began.

Negotiations between the two parties began in November 2017, when Johnson asked for more money to finish the work.  The district maintains Johnson started construction 70 days late and did not do their homework before starting construction.

Sanford said the parties had court last week and he is hopeful for a settlement agreement. He also said that despite the lawsuit both the sanitation district and Johnson have maintained a good working relationship.

“Everyone’s goal is to get the project behind us. There are still some disagreements but we hope we will get on the same page soon,” said Sanford. “Sometimes things are complicated and simply require the judicial system to resolve.”

Sanford said the sewer system in Burgin is at the punch list phase and they are making corrections and identifying sags. Although some sags have been identified, Sanford says the sewer is functioning great over all.

For goals Sanford says there are several projects in the designing phase. He hopes to finish out the loop at Cold springs that would bring South Bright Leaf sewer options and the plans for Gwin’s Island and the Kennedy Mill Bridge area are still in the works.

“We have completed the preliminary engineering on a large water system upgrade that includes 50,000 feet of pipe that was installed in the 1970s,” said Sanford. “We have been doing a good job of continuous upkeep and replacement but there is still a lot to do.”

Sanford noted that all six employees hold duel positions with Lake Village and the Sanitation District and he is extremely proud of his staff.

“We do all that we do with only six people,” said Sanford. “Our customer base is growing into the thousands and we acquired two waste water treatment plants in 2018.”

Sanford is a native of Mercer County and resides in Harrodsburg with his wife, Jessica and daughter, Emma.  He holds a B.S. in Environmental Health Science and a Master’s in Public Administration degree, both from Eastern Kentucky University. He also currently resides on the executive board of the Bluegrass Area Development District located in Lexington.

Sanford describes himself as an outdoor person who loves to be at the lake. Herrington Lake is not only the place where he spends his downtime but the subject of a lot of his work as well.

“This community has been very good to me and my family,” said Sanford. “I am blessed to be able to live and work in this area.”

For more information call the Mercer County Sanitation District at 748-9654.