No Work On Brooklyn Bridge This Year, State Says 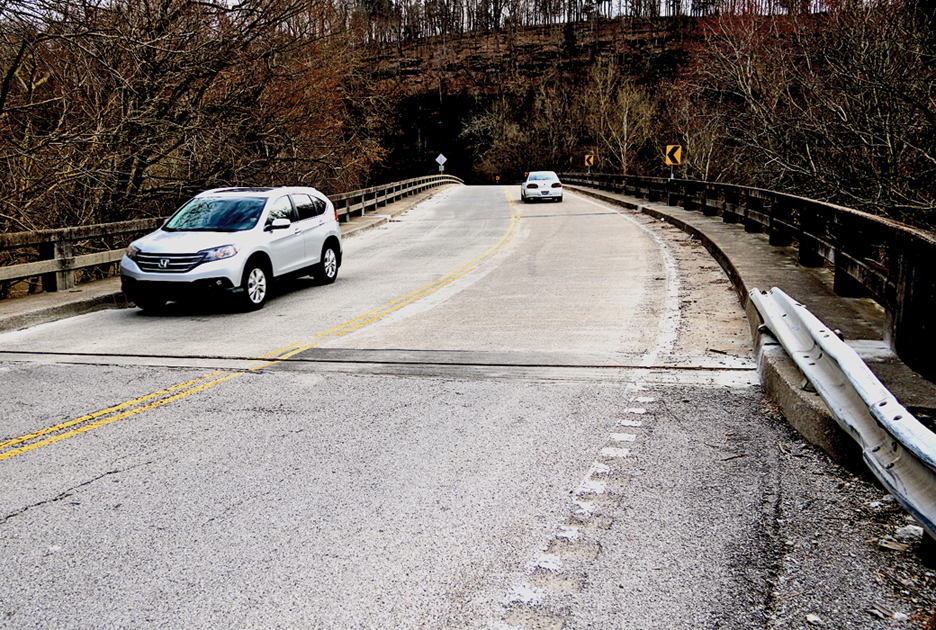 The right lane of the Brooklyn Bridge, which carries traffic into Mercer County, was scheduled to be resurfaced in August 2017 but has still not been done. The Kentucky Transportation Cabinet say repairs to the bridge deck is still years away.

The groundhog has seen his shadow and spring is in the air. It’s that time of year when officials, engineers and paving contractors emerge from hibernation and look forward to construction season.

The overall goal of the Bridging Kentucky program is to replace or rehabilitate more than 1,000 bridges across Kentucky by 2024. The cabinet said rehabilitation includes restoring structures, so bridges can be used by heavy vehicles, such as buses, commercial trucks and emergency vehicles.

So far, construction has begun on more than 70 bridge projects, and several bridges have already re-opened to drivers, the state said in a press release.

However, there are no plans to finish work on the Brooklyn Bridge this year, said Natasha Lacy, information officer with the Kentucky Transportation Cabinet, Department of Highways.

The westbound lane of the Brooklyn Bridge was closed for resurfacing on July 14, 2017, with work scheduled to end on Aug. 11,  2017. However, the contractor pulled out after discovering metal work in the road bed was badly deteriorated, and the lane was not reopened until Dec. 7, three months after the original date. As a result of the delays, work on the eastbound lane was not done.

“A full deck rehabilitation is still being considered,” Lacy said. “However, the associated cost for the project will place the work a few years out.”

The only work scheduled for U.S. 68 this year is along the Kentucky 29 intersection to Wilmore. Total costs for this reconstruction project are estimated at $1.7 million, according to a press release.

“I was excited to learn of this much-welcomed project to our community,” said Sen. Tom Buford, whose district includes Mercer County. “This heavily traveled intersection has been a dangerous issue for many years and it’s time that we take these reconstructive measures to ensure the safety of our commuters.”

One area in Mercer County that seems ready for the season is along Herrington Lake. Locals celebrated when the new Kennedy Mill Bridge was opened on December 2018, nearly a full year ahead of schedule.

Over in nearby Burgin, the city is still trying to get their audits caught up. According to Mayor Jim Caldwell, the Department of Local Government is still withholding over $112,000 in road funds because the city has not submitted a complete audit since 2011.

Last year, the outgoing administration hired an auditing firm from Lexington to get the city caught up. This year, the city council hired accountant Noel Turner of Harrodsburg to assist with the process, as well as help the city acquire up to date accounting software.

“I hope we can start seeing some real progress on that,” Mayor Caldwell said.

He said that overall, Burgin was in fairly good shape as far as their streets were concerned, largely because so many of them were resurfaced after the construction of the sewer system.

“There are a couple of issues we have with the contractors,” Caldwell said, but he hopes to have the repairs done when construction season begins in earnest later this year.

At the county level, Judge-Executive Milward Dedman said they intend to finish the work begun on VanArsdall last year. Judge Dedman said they plan to use $74,000 in flex funds to finish VanArsdall from Garriott Lane to U.S. 127. He said the fiscal court decided last year to also pave Hudson Road but that no decision has been made to do with the remaining flex funds.

Dedman said $240,000 in discretionary funding will go towards work on New Dixville Road.

The judge said he will meet with state officials in March to discuss other upcoming projects. 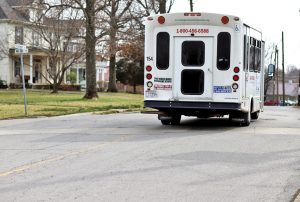 Perhaps the most complained about street in Harrodsburg is Beaumont Avenue. City Commissioner Charlie Mattingly said relief is not coming soon. He said Beaumont needs to be stripped down to the roadbed before it could be resurfaced and that could cost up to $2-million depending on if the city also replaced the sidewalks.

In Harrodsburg, two of the worst streets in town were finally paved last year. The state took care of College Street last summer while the city milled Marimon Avenue down to the roadbed and resurfaced it.

That leaves Beaumont Avenue as the most complained about roadway in Harrodsburg. However, City Commissioner Charlie Mattingly, who oversees the department of public works, said relief will not be soon in coming.

Mattingly said Beaumont, like Marimon, would have to be stripped down to the roadbed before it could be resurfaced. He said the project would cost up to $2-million if the city replaced sidewalks as well.

“It would be just like we were building a brand new road,” he said.

Mattingly said if the city simply resurfaced the road without milling it down, they would make drainage issues worse.

“There’s no way we can add blacktop on top of blacktop,” he said.

Mattingly said he would look at Beaumont again with engineers from Mego Construction, but unless the city receives more funds, the only thing the city can do is patch potholes.

“That’s the best we can do right now,” Mattingly said.

To learn which bridge will be worked on under the program, visit bridgingkentucky.com.