One Brother Charged With Assault, Another In Hospital 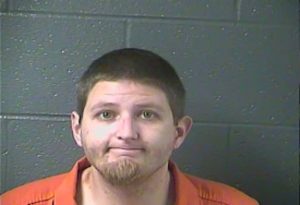 A family dispute escalated into a stabbing Tuesday, leaving one brother in a hospital with serious physical injuries and the other in jail on assault charges.

The Harrodsburg Police Department received a call about the stabbing on Magnolia Street on Tuesday, Feb. 19. Just as HPD Patrolman T.J. Wren was leaving the department headquarters, he was met by Lucas Claunch, 31, of Harrodsburg.

According to the arrest citation, Claunch told Wren he had become involved in a confrontation with his brother, Beau Claunch, because Lucas Claunch had “allegedly disowned his mother.”

The argument turned into a fight, with Lucas Claunch pulling out his knife and “swinging it around” before stabbing his brother in the lower back around the kidney area, according to the arrest citation.

According to an HPD Facebook post, officers found Beau Claunch “bleeding profusely.” He was transported by helicopter to the Albert B. Chandler Hospital UK HealthCare Emergency Room in Lexington for treatment of a “serious physical injury.”

Lucas Claunch was arrested and charged with 1st degree assault. He is being held at the Boyle County Detention Center on a $10,000 bond.