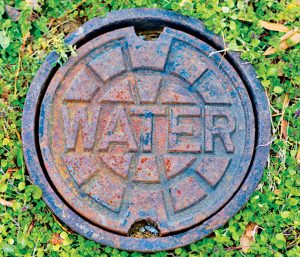 Burgin residents will begin to be billed for sewer service in March whether they have connected to the system or not.

Burgin residents will begin to be billed for sewer service in March whether they have connected to the system or not.

“We’re looking for another 150–160 properties to be connected,” Sanford said. He said he had already provided information to the City of Burgin, which is handling the billing.

Beginning next month, property owners who have been informed they need to connect to the sewer but who have not yet done so will be billed the minimum amount, which is $40 per month for 2,000 gallons.

According to city ordinance, billing begins 90 days after the connection date, whether the homeowner has tapped into the system or not. However, homeowners waiting on contractors have not been billed up until now.

The district was forced to borrow against a line of credit to make this year’s payment of $126,000, which was deducted from the sanitation district’s bank account at the first of the year.

The subject of Burgin’s sewer has been contentious since construction started back in 2016. Many residents blame blasting done during construction of the sewer for the flooding over the past year, but a recent state report says the sinkhole which has served as a drain for the part of the city along Water Street continues to flow.

At the same time, many residents are happy Burgin has a sewer. During last year’s election debate, every candidate for the city council—even Councilman Syndicat “Sid” Dunn, who has complained that sewer fees are too high—listed the sewer as the city’s biggest accomplishment.

At last week’s meeting, the sanitation district’s board of directors agreed to meet with attorneys representing Todd Johnson Contracting Inc. of Danville about the lawsuit Johnson filed back in April 2018.

Johnson won the $3.5 million contract to build a 25,000-foot gravity sewer main on South Main Street. In the lawsuit, their attorneys said the district did not provide the contractor with accurate documentation before construction began.

Negotiations between the two parties began in  November 2017, when Johnson asked for more money to finish work.  The district maintains Johnson started construction 70 days late and did not do their homework before starting construction.

In August 2018, the sanitation district hired a company to perform a closed circuit TV inspection of all sewer lines installed by Johnson. Sanford noted that there has not been much movement on the lawsuit.

The next meeting of the Mercer County Sanitation District will be Thursday, March 14, at 2 p.m. at the Lake Village Water Association (801 Pleasant Hill Drive, Burgin).