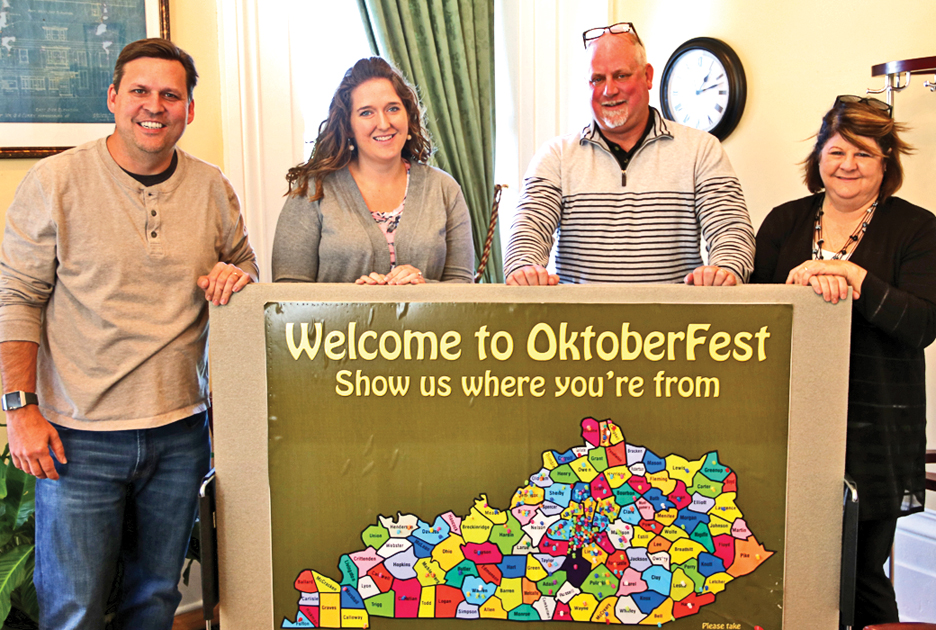 Noel Turner, Krystina Coslow Lewis, Allen Goldie and Julie Wagner of Harrodsburg First pose with a map in which visitors to last year’s Oktoberfest marked their hometowns. Wagner said the organization would like to create more events to draw even more visitors downtown.

In the Know: Julie Wagner of Harrodsburg First

“It is a team effort to find the right balance of image, businesses and festivals to make downtown desirable,” said Wagner. “It is a tough nut to crack, but we have some of the best volunteers to help us.”

Wagner said her goal has always been to make downtown Harrodsburg a destination. The success of Oktoberfest and the growth on Main Street are just the beginning of Wagner’s plans.

“I think Harrodsburg has amazing potential,” said Wagner. “I want it to become nationally known.”

Wagner said she has been working on a national accreditation through the Main Street Programs of American, a subsidiary of the National Trust for Historic Preservation, for two years.

“Harrodsburg will be nationally certified at the end of March,” said Wagner. “It is exciting that we will be recognized.” 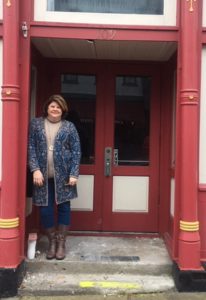 Harrodsburg First is set to move into their new office at 109 S. Main Street by the end of April once construction is finished.

Wagner said her short-term goals are to plan another big event for late spring or early summer and she would also like to see a summer concert series held on Main Street.

Long term goals include addressing parking issues, the sidewalk project for the U.S. 68 intersection and recruiting new people for committees.

“I would like to see more diversity at the table where the decisions are made,” said Wagner. “We need ideas and more volunteers.”

Wagner said 2019 holds promise for new recruits since she has new board members.

“It really is a group effort to make things happen,” said Wagner. “Sometimes I feel like I am just the cheerleader.”