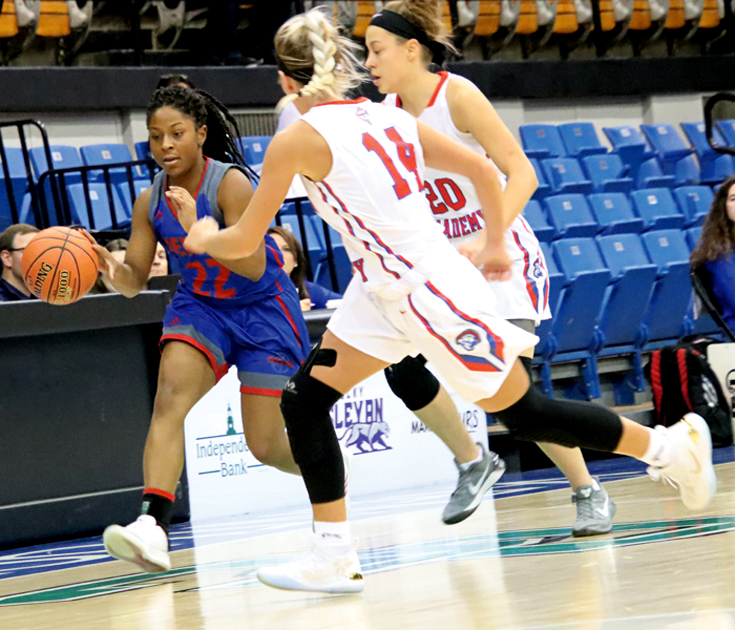 Junior Calicia Smith steals the ball and leads the break down the sideline against CAL on Friday, Jan. 18.

After earning a spot at the 2A State Championships in the Section III tournament last week, the Mercer County Lady Titans (10-7) matched up with Christian Academy of Louisville (CAL). Mercer County’s run at a 2A title came to an end, in a 66-51 loss to the Lady Centurions (15-4) on Friday, Jan. 18, in Owensboro.

Sophomore Camryn Preston led the Lady Titans in scoring with a game-high 18 points. She also had 10 rebounds and two steals. Preston was named to the All-Tournament Team after the game.

Eighth grader Timberlynn Yeast was the second Lady Titan with a double-double, finishing with 14 points and 12 rebounds.

“For us, this kind of mimics the region tournament. It’s good in January to have this opportunity,” said Head Coach Hayley Spivey, “This is also a different stage we can play on, playing teams we normally don’t see. We get to see some different styles of basketball, so it will definitely help us moving into the last part of the season.”

Spivey gave her thoughts on the game.

“I thought we played really well. It was about a five-point game the entire game up until the end of the fourth when we had to start fouling. I thought my team competed,” she said.

The Lady Titans trailed 20-15 at the end of one quarter, with Preston leading the way with eight points and four rebounds.

Unfortunately for Mercer County, four points was the closest it got. Every time the Lady Titans made a run to bring the margin within five, the Lady Centurions were able to answer.

Arina Khlopkova scored 12 points, while Sydney Raque and Shelby Calhoun both added 10 points to round out the double-digit scorers for CAL. Junior Zoë Yeast had one of her best games of the season, scoring eight points and grabbing 11 rebounds and earning three rejections.

“Zoë (Yeast) is coming back around. I see the same player I saw this summer,” said Spivey. “It’s hard coming back from an injury, but she has worked really hard to get back into shape and get back into the feel of the game. She really has stepped up these past few games and I’m glad she’s back going into February.”

The Lady Titans trailed  by 10 with three minutes to play. CAL forced a few turnovers and hit some free throws to win the game 66-51. Timberlynn Yeast led Mercer County in steals with three. Preston and junior Calicia Smith added two steals each.

The Lady Titans will be back on the court today,  Thursday, Jan. 24, when they host West Jessamine for a big district matchup. Tip-off is set for 7:30 p.m. 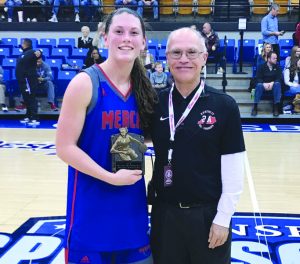 Mercer County sophomore Camryn Preston (left) was presented an All-Tournament Team trophy by Kent Akin, the 2nd Region representative on the board of directors. (Photo Submitted) 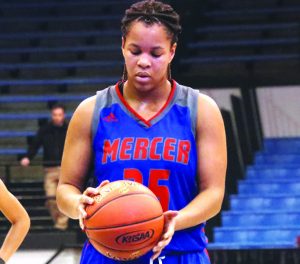 Mercer County junior ZoëYeast prepares for a couple free throws against Christian Academy of Louisville (CAL) in the first round of the 2A State Championships in Owensboro on Friday, Jan. 18. (Photo by Arpan Dixit) 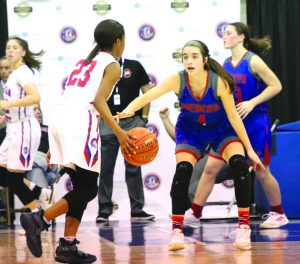