Harrodsburg’s New Mayor Lays Out His Goals For The Community 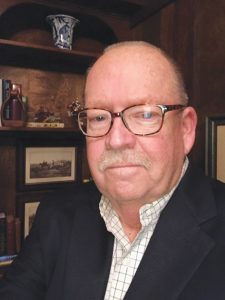 Mayor Art Freeman was elected in the 2018 mayoral race. The owner of Fort Harrod Color and Supply since 2011, Freeman is a member of the Freeman family who settled in Mercer County in the late 1700s.

Freeman hasn’t been quiet about his goals for Harrodsburg. Since announcing his candidacy, he has said his goal is to unite Mercer County’s various committees and agencies to work together for the betterment of the community.

“I want to see us all work together, get a common calendar and facilitate unity,” said Freeman. “There has been a movement called the Unity and Advancement Committee that has started to do this.”

Freeman said the festivals are a good example of the need for a coordinated effort. All the major festivals are making plans to be thrown within a four-week span and Freeman didn’t think that would be beneficial to the community.

“I want to encourage and motivate people and organizations to work together,” said Freeman. “Like all places we have our problems but we can help each other.”

Freeman said his other goals for Harrodsburg that include developing the bypass and expanding the sewer services to accommodate both sides of the bypass.

“We need space to have the opportunity to grow,” said Freeman. “There have already been a lot of conversations about development.”

Freeman said that the previous administration approved the hiring of an economic development director and has been putting together a plan together before the hiring process begins.

“I am very pro-business and I would like our local people to start eating, shopping and being entertained here in Harrodsburg,” said Freeman. “We need to be proud of our community and remember we are a tourist destination.”

Freeman said he believes Campbellsville University will help the community grow by keeping young people to live and work in Harrodsburg. Freeman also said he would like to see more young people involved in committees and organizations.

“We have a community full of smart, young and talented individuals that need to get involved,” said Freeman. “I would also like to see more diversity in leadership. More women and African American leaders are needed in Harrodsburg to be represented in the population.”

When asked if he plans to run for reelection, Freeman said, “In four years I will be 72 years old. I signed up for a four year term, so probably not.”