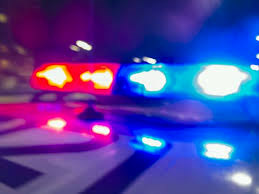 A crash involving an ATV temporarily closed U.S. 127 near Salvisa Friday night, according to the Kentucky State Police.

The accident involved a vehicle and an ATV  and happened shortly before 6 p.m. near the Salvisa Dollar General store, according to the KSP.

There are conflicting reports about what led to the accident. The driver of the ATV, Austin Freeman of Salvisa, was thrown off the ATV and onto the road.

Seriously injured, Freeman was airlifted to the Albert B. Chandler Hospital UK HealthCare Emergency Room in Lexington, said Glenn Phillips of the Mercer County Fire Protection District, who worked the accident along with troopers from the KSP and the Mercer County Sheriff’s Office.

According to reports, Freeman is still in ICU. No other details about the accident were immediately available.

A GoFundMe account has been opened to assist the family with medical expenses. It can be found by searching “Austin Freeman Salvisa, KY.”