Mercer County’s closest election is heading for a recount.

During last week’s general election, Mayor Eddie Long defeated his opponent, write-in candidate Art Freeman, by four votes, 1,033 to 1,029. However, Freeman has contested the results and asked for a recanvass. Election officials will go over the election results on Thursday, Nov. 15, at 9 a.m. at the Mercer County Fiscal Courthouse.

At issue are 63 write-in votes which were disqualified of the 1,092 cast. Freeman said if all the votes cast for him were counted, he would have won the election. 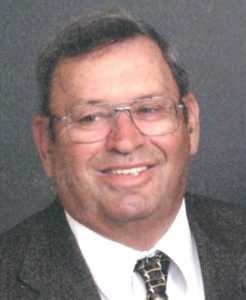 Mercer County Clerk Chris Horn said votes were disqualified on election night because the candidate’s name was not entered correctly. Under state law, a voter only needs to enter the candidate’s surname and minor misspellings are not grounds for disqualification. But if the voter only enters a set of initials, a given name, or a nickname for the candidate, the ballot cannot be counted.

“It has to meet certain qualifications to be certified,” said Mercer County Clerk Chris Horn. “There are a lot of dos and don’ts.”

Even with a four vote margin to overcome, Freeman is facing an uphill battle. Recounts rarely change election results and they generally benefit the declared winner, not the challenger. According to the electoral reform advocacy group FairVote, of 4,687 statewide general elections held between 2000 and 2015, only 27 were followed by recounts, and of that 27, only three recounts changed the outcome of the election.

However, when there is such a small margin between the winner and loser, a recount can make a difference. In a 2017 election for the Virginia House of Representatives, the Republican candidate appeared to win the election by 10 votes, but a recount gave a one-vote edge to the Democrat. A recount court subsequently ruled a single discarded ballot should have been registered, making the race a tie which, under Virginia state law, was decided by drawing lots. 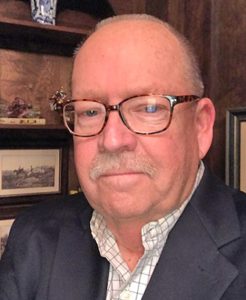 In 2000, a race for supervisor of Fife Lake Township in Michigan was a dead heat with 297 votes after a recount. Under Michigan state law, a lottery was held to decide the winner.

Under Kentucky state law, a candidate who wants to contest an election must first ask for a recanvass, in which officials recheck vote tallies, making sure the totals taken from the voting machines are correct, and re-tabulate absentee votes. The county will cover the expense.

While Mayor Long declined to comment, Freeman said he’s prepared to go to court and ask for the recount if the recanvass does not change the result. He said the voice of everyone who voted last week needs to be heard.

“I owe it to Harrodsburg,” he said.