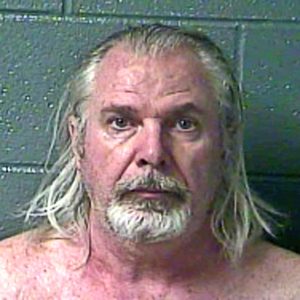 The Mercer Grand Jury handed down indictments last Wednesday on charges including assault, rape and assaulting a police officer.

Richard Rowlette, 56, of 456 Manns Road, is charged with 1st-degree assault, a class B felony.

On Saturday, Sept. 22, at 8:30 p.m., Rowlette fired three shots from a 9mm handgun, the third shot striking the victim, Joshua Dickerson, 33, in the back. Dickerson and Rowlette, who both lived at the house on Manns Road, were engaged in a dispute on the back porch when the shooting started.

Dickerson was transported to the Albert B. Chandler Hospital UK HealthCare Emergency Room for treatment of life-threatening injuries.

Rowlette’s bond was set at $20,000 with the condition he has no further contact with the victim.

A Burgin man has been charged with rape and unlawful imprisonment.

According to the indictment, Lloyd Richardson, 47, of 208 First Street, Burgin, raped a woman he kept imprisoned from Aug. 1–21.

On Sunday, Nov. 4, Lloyd was arrested in Lancaster and served with the Mercer County indictments. Richardson is being held on a $20,000 bond.

Johnny Baker, 43, of 327 Wesley Miller Lane, is charged with 3rd-degree assault, a class D felony, and two class A misdemeanors—resisting arrest and 2nd-degree criminal mischief. According to the indictment, on Sept. 2, Baker threatened and attempted to physically harm Patrolman Aaron Miller of the Harrodsburg Police Department (HPD) when Miller attempted to arrest him at the Bluegrass Inn. Baker also damaged property belonging to the inn. Bail was set at $5,000 on the provision Baker has no further contact with the victim. Miller testified.

For the rest of the indictments, check out this week’s issue of the Harrodsburg Herald.