Derelict House In Cornishville To Be Demolished 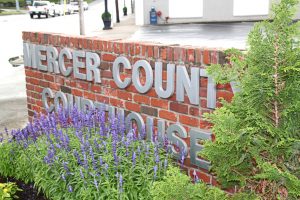 The Mercer County Fiscal Court has opted not to repeat itself a third time, refusing a request to revisit their new tax rate.

Waldon Adkinson, who calls himself an “unhappy taxpayer” asked the fiscal court to revisit the question at their last meeting, which had been moved to Friday.

The magistrates have already voted on the issue twice to increase the rate on real estate to 12.2 cents per $100 in assessed value and the rate on tangible personal property to 17.53 cents. The new tax rate adds $4 to the tax bill for a property assessed at $100,000 in value. The last vote came in September, when Magistrate Tim Darland asked for a revote because he had not understood he was voting for the compensating rate, which is calculated by the state to generate the same revenue as the previous year’s tax rate. Judge-Executive Milward Dedman estimated going back to last year’s rate would cost the county government up to $60,000 in lost revenue and the new rate was upheld after a second vote.

That is not good enough for Adkinson, who said he has proof the fiscal court could have made up that difference by handling their money better. Adkinson said the county has $6 million in surplus funds, although it was explained to him that this is available cash, not surplus funds.

Regardless, Adkinson said the county is losing money by not shopping around for better interest rates on CDs.

“There was no reason to ask for more money,” Adkinson said.

Officials say that, under state law, they do not have the power to negotiate for better rates the same way a private citizen does. Adkinson called this “a lot of excuses.”

While the fiscal court made no move towards revisiting the tax rate again, the topic of the county’s growing financial reserves came up again during a conversation about a transfer of $250,000 from the payroll and net profit account to the jail fund.

“It doesn’t make a lot of sense to put a lot of money into this account,” said Terry Dunne, a citizen who has taken a special interest in jail expenses for the past several years. “How much do we need in this account?”

“We do not cash CDs to pay bills,” said Treasurer Sandy Sanders, who also noted that, by transferring the money into the jail fund, the county would earn more in interest.

Magistrate Darland said it was necessary for the county to keep money in reserve.

“If we spend every cent we get, what are we going to do?” Darland said. “You’ve got to keep so much in the bank.”

The county needs to set aside money to last through months when taxes are not being collected and it also needs to save money for the future, Darland said. In addition to increased pension contributions for county employees, he also noted consultants hired by the joint jail commission are recommending Mercer and Boyle Counties build a new 450-bed facility which could cost up to $40 million.

“We just as well have some reserves,” Darland said.

After the meeting, County Attorney Ted Dean said the county has hired Compass Municipal Advisors to look at how the county handles its finances. Once they’ve finished their examination, they’ll issue a report which will be available to the public. Dean said he hopes to have a public presentation to address the issue.

In other jail related business, the fiscal court approved the purchase of new equipment, including a meat slicer and three door locks. The funds will be taken from the jail’s savings account. They also approved the purchase of new cameras, which is already in the jail budget. The fiscal court agreed to enter a 30-day trial period for a new system to monitor health checks on inmates. If the system works as advertised, the jail will purchase it with money from the canteen fund. The fiscal court also renewed the bed service agreement with Shepherd’s House which will expire June 30, 2020.

In other business, the fiscal court learned that the county could finally move forward on demolishing a derelict house in Cornishville. Magistrate Darland has volunteered his time and equipment to knock down the house.

The next meeting of the Mercer County Fiscal Court will be Tuesday, Nov. 13, at 10 a.m.