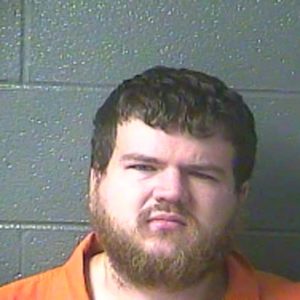 A local man has been charged with attempted murder of a police officer after a shooting early Sunday morning.

According to the arrest citation, officers from the Harrodsburg Police Department responded to an assault complaint at 330 Bacon Court at 3:05 a.m. on Sunday, Oct. 28.

Officers entered the residence and were confronted by John Michael Peach, 32, of Harrodsburg, who was armed with a handgun.

According to the arrest report, Peach had the weapon raised and was in a “shooter’s stance.”

Shots were fired and Peach was injured. He was taken to Ephraim McDowell Regional Medical Center where he was treated and released.

According to the arrest report, Peach admitted to being armed and having the handgun raised.

He was arrested and charged with 4th-degree assault (domestic violence, no visible injury) and attempted murder of a police officer. He is being held at the Boyle County Detention Center on a $200,000 bond. HPD Patrolman Aaron Steele (HPD) is the arresting officer.

Because this was an officer involved shooting, the  investigation is being conducted by the Kentucky State Police, Richmond Post 7.