The 11U all-stars had a solid start to their all-star season.

Against Winchester, Mercer scored every inning,  winning in four innings.

In the 11U loss to Lexington Eastern, Smith drove in the lone run.

The 12U all-stars took a tough loss in their opener, losing to the Lexington 12U all-star team 11-0 in five innings. 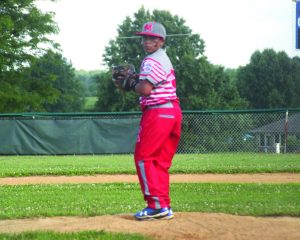 Brennen Taylor winds up for the pitch for the Mercer County 10U all-stars as they began all-star play this past Saturday, June 29, in Winchester. (Photo by Kelly Tyler)