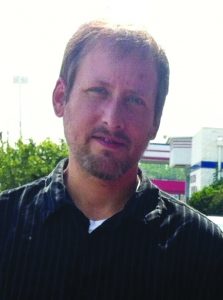 He was a theatrical technician and former cast member of “The Legend of Daniel Boone.”