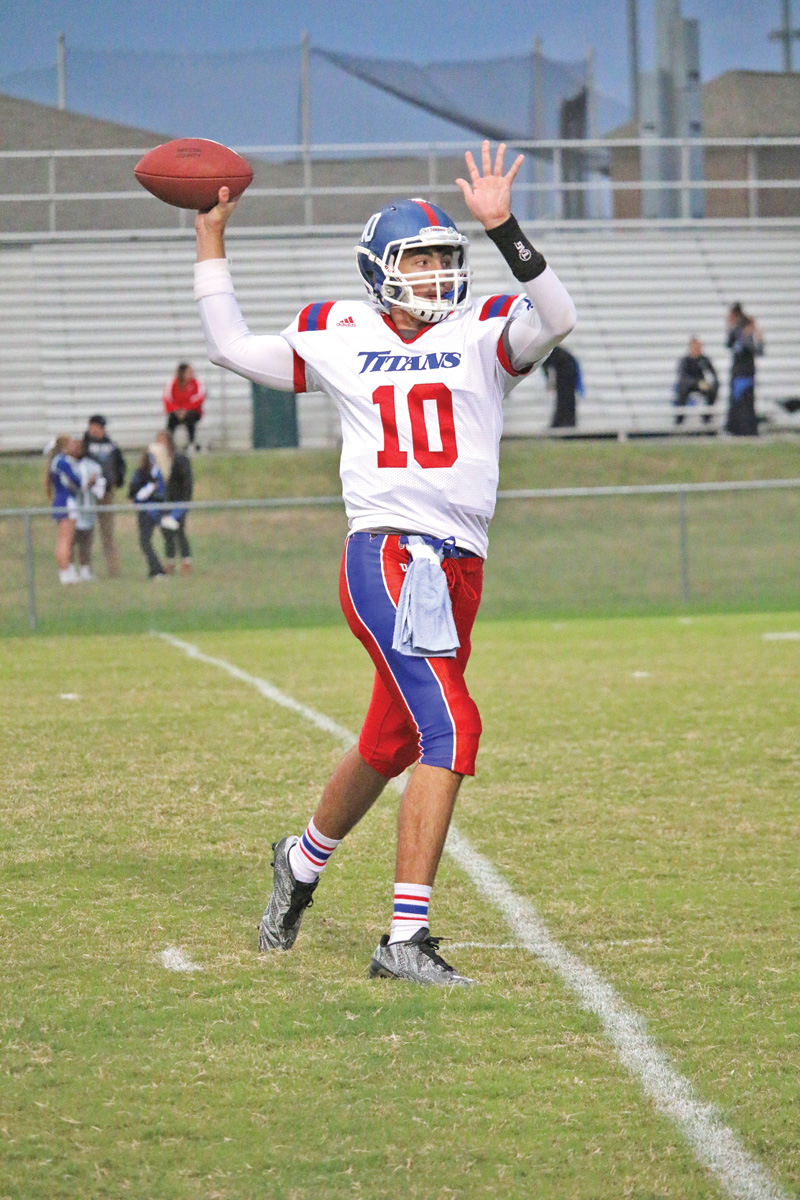 The Mercer County Titans 31-30 overtime win over the Rockcastle County Rockets in the Class AAAA State Playoffs Friday night, set them up for a rematch against the Wayne County Cardinals in the quarterfinals.

Mercer County and Wayne County have already faced off once this season, with the Cardinals handing the Titans their worst defeat of the season, 47-23.

However, Mercer County is a much different team than they were on Sept. 16. Since that loss, the Titans have gone 6-1, outscoring opponents 228-110.

“We’ve got to play a whole lot better than we did last time. I think we will because I think our new guys are more comfortable and we’ve got some guys healthy,” said Mercer County Head Coach David Buchanan.

Mercer lost to East Jessamine 30-27, while Wayne County defeated the Jaguars 41-20 last week. The other common opponent was Rockcastle County, which Wayne County lost to 41-34 in overtime on Sept. 30.

If the Titans hope to pull off an upset for the second straight week, they will have to stop the run, something they struggled to do when they lost to the Cardinals last time.

The Cardinals leading rusher is Dalton Garner, who has 1,059 yards and 20 touchdowns. Chase Jackson and Lorenzo Linsey have combined for 661 rushing yards and 13 rushing touchdowns.

Linsey has also thrown for 1,594 yards and 20 touchdowns.

Last time the two teams met, Mercer only had 78 rushing yards, but it was one of quarterback Gunnar Gillis’ best games statistically, as he had 244 passing yards and three touchdowns.

This season, Gillis has thrown for 1,742 yards and 18 touchdowns. He has rushed for an additional 224 yards and four touchdowns.

“It is going to be a tough game, but we knew this one (vs. Rockcastle County) was going to be tough, too. We’ve got to take each game one at a time. The only way you are going to get anything done in the postseason is one play at a time and focusing on football and not all of the other stuff. That is what I am going to try to do with our guys this week. Just focus on getting better,” said Mercer County Head Coach David Buchanan.