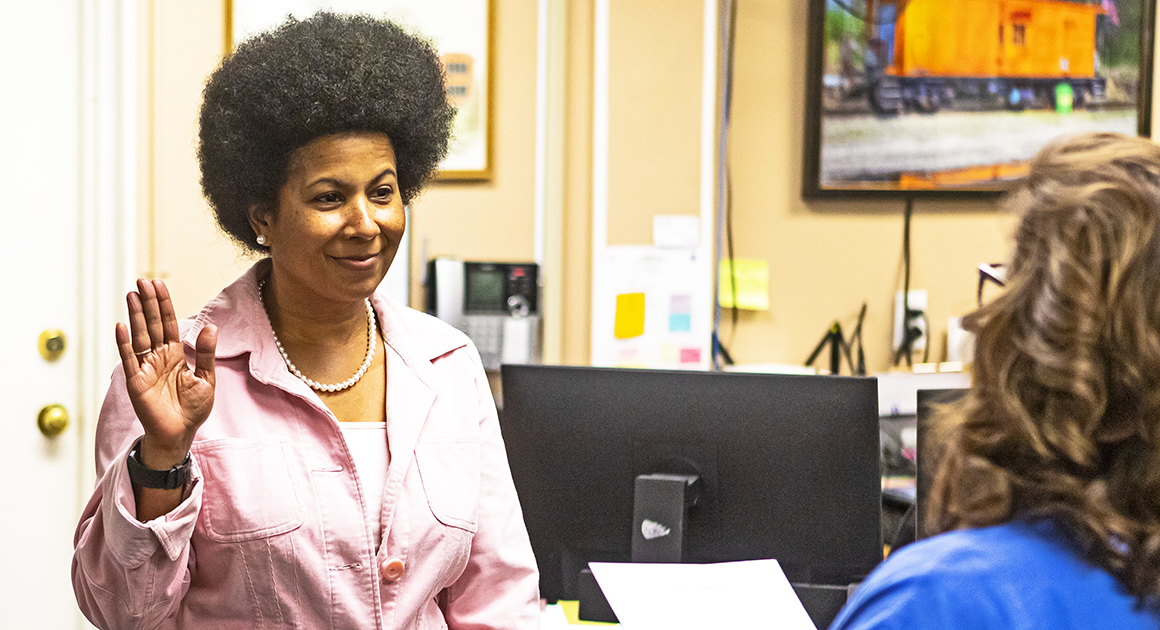 The Harrodsburg Herald/Robert Moore
On Monday, Melinda Wofford was sworn in as the first Black woman to serve on the Burgin City Council by Burgin City Clerk Angela Stewart.

Wofford, along with Mercer County Magistrate-elect Susan Thompson Barrington and Judge-Executive-elect Sarah Gray Steele, represent the changing face of politics in Mercer County, one where the people who hold elected office look more like the people they are elected to represent.

And it’s not just here in Mercer County. Over in Boyle County, longtime Danville City Commissioner James “J.H.” Atkins was elected to be the first African Black mayor in Danville’s history, while Boyle County Clerk Trille Bottom has been elected as Boyle’s new judge-executive.

So the Harrodsburg Herald is asking the history makers what’s it like making history. 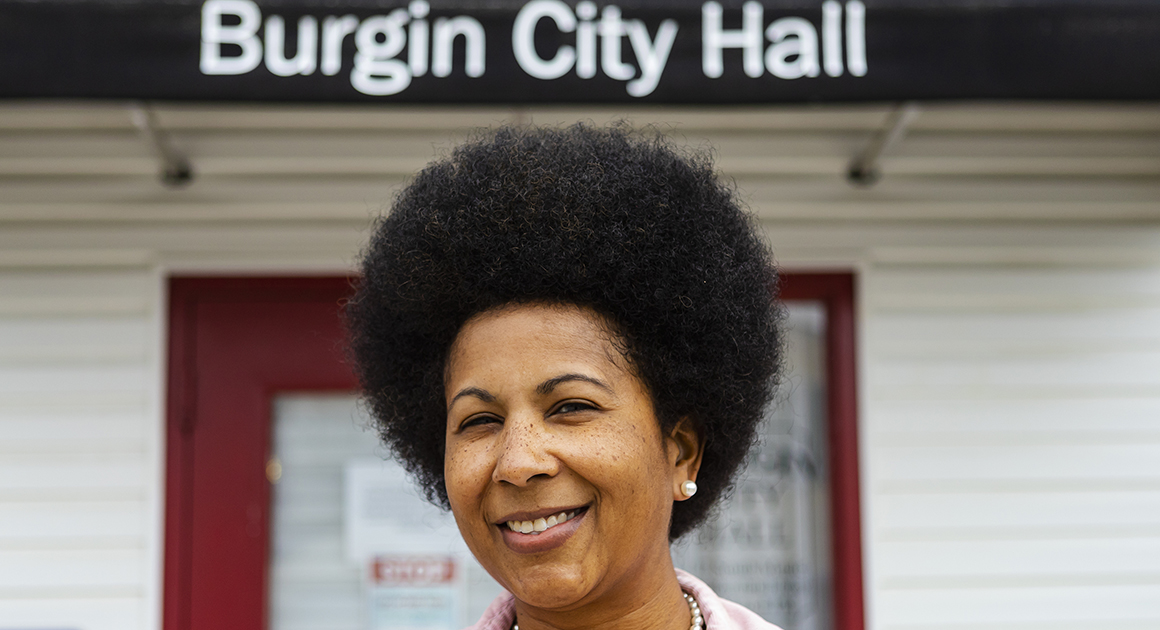 The Harrodsburg Herald/Robert Moore
On Monday, Melinda Wofford was sworn in as the first Black woman to serve on the Burgin City Council. Along with newly elected Magistrate Susan Barrington Thompson and Judge-Executive Sarah Gray Steele, Wofford represents the changing face of politics in Mercer County.

Melinda Wofford is a native of Burgin who works as an internal auditor at Kentucky Public Pensions Authority. A long time Girl Scout, Wofford has served the community at Little Zion Baptist Church as well as helping organizing the Martin Luther King Jr. celebration and serving as a board member for the Mercer County Habitat For Humanity, among other service organizations.

“I’m not a political person and I don’t have a hidden agenda, but I’m committed to my City and the citizens of Burgin,” Wofford said. “I’m that community leader who will go that extra mile. I’m grateful for each vote that I received which helped me not only get elected, but also allowed me to be the council member with the second highest votes.”

What inspired you to run for office?

Melinda Wofford: My inspiration for running for office is an extension of my love of community and service which started with seeds planted and cultivated by my family and my church, Little Zion Baptist in Burgin. My family, the Bowmans and McKitrics have been in Burgin, in Mercer County for four and five generations. Growing up, I witnessed my family and church family showing love, sharing resources and lending a helping hand whenever possible.

What do you hope to accomplish when in office?

Wofford: When I officially take office I hope to be able to work alongside the other five councilmen and mayor to make Burgin a better place to live and play. I hope we are able to create a channel around transparency concerning city operations and finances, and can work to add an avenue for citizens who are also invested in our community share their voices and vision. I’m ready to work to continue to build on Burgin’s community connectedness along with adding beauty and oversight for infrastructure improvements for our friendly little city.

Who, if anyone, inspired you to run for office?

Wofford: I wouldn’t say there is only one person who inspired me to run for office, but many. My family, mainly my aunts and uncles, have always encouraged me growing up and still encourage me to be the best version of myself and to do my best. Berea College inspired me to believe anything is possible when you open yourself up to different experiences. As a Girl Scout Leader my troops inspire me to make the world a better place. As a proud member of Alpha Kappa Alpha Sorority Incorporated, my sorority inspires me to be of service to all mankind and to make a difference in my community. All these different aspects inspired me to run for office.

What advice would you give to anyone looking at running for office?

Wofford: For anyone seeking to run for office, I would tell them to create a team that will help and support you.

My campaign manager Margie Brothers keeps me informed on dates and important topics. My long time friend Debra Teets is my resource person and helped me with logistics and marketing. J.H. Atkins, Mayor-elect and also long term commissioner for Danville, helped me with election and campaigning questions.

Do you think there needs to be more representation in local politics?

Wofford: I believe every board or committee including local government should be a reflection of the entire community it serves and not just a few groups or demographics. Constituents’ voices should be represented and shared by leaders with some level of kinship.

Editor’s Note: This is the first in a three-part series on the changing face of Mercer County politics. Mercer County Magistrate-elect Susan Thompson Barrington profile will run next week and Judge-Executive-elect Sarah Gray Steele’s profile will close out the series.