Local law enforcement recently recovered a stolen vehicle but it took a high speed chase through three counties before the suspect surrendered.

The car in question was a 2008 Audi that belonged to a retired police officer from Lancaster. It was found parked at the Walmart in Harrodsburg on Sunday, Dec. 4. 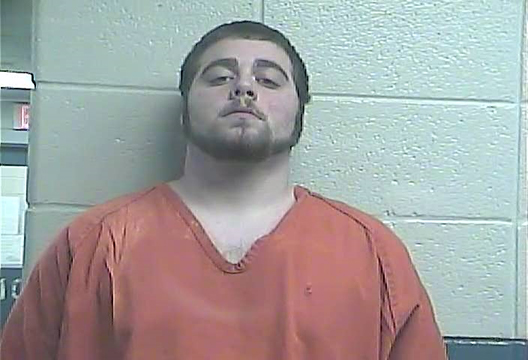 Dep. Sean Brown of the Mercer County Sheriff’s Office said as soon as he activated his emergency equipment, the driver—subsequently identified as Brian T. Farney, 21, of Lancaster— took off. The chase went around Kroger and the Campbellsville University campus, out Sparrow Lane to Dry Branch Road, then down Perryville Road to Perryville.

Brown said Farney drove all the way to Lincoln County before doubling back to Boyle County where law enforcement were able to stop him on a one lane bridge. Farney surrendered without incident, Brown said.

“Fortunately there was no traffic the whole time and no pedestrians out as well,” Brown said.

The deputy said Farney told police he was walking, saw the keys in the car and jumped in and took off. Brown said Farney said he wanted to go back to prison.

Farney is currently being held at Jessamine County Detention Center on bonds worth $25,000. He is charged with theft by unlawful taking an auto worth more than $10,000, 1st degree fleeing/evading police in a motor vehicle (two counts), receiving stolen property worth $10,000 or more, receiving stolen property worth less than $10,000, speeding 26 MPH over the speed limit, 1st degree wanton endangerment of a police officer, reckless driving and disregarding a stop sign.