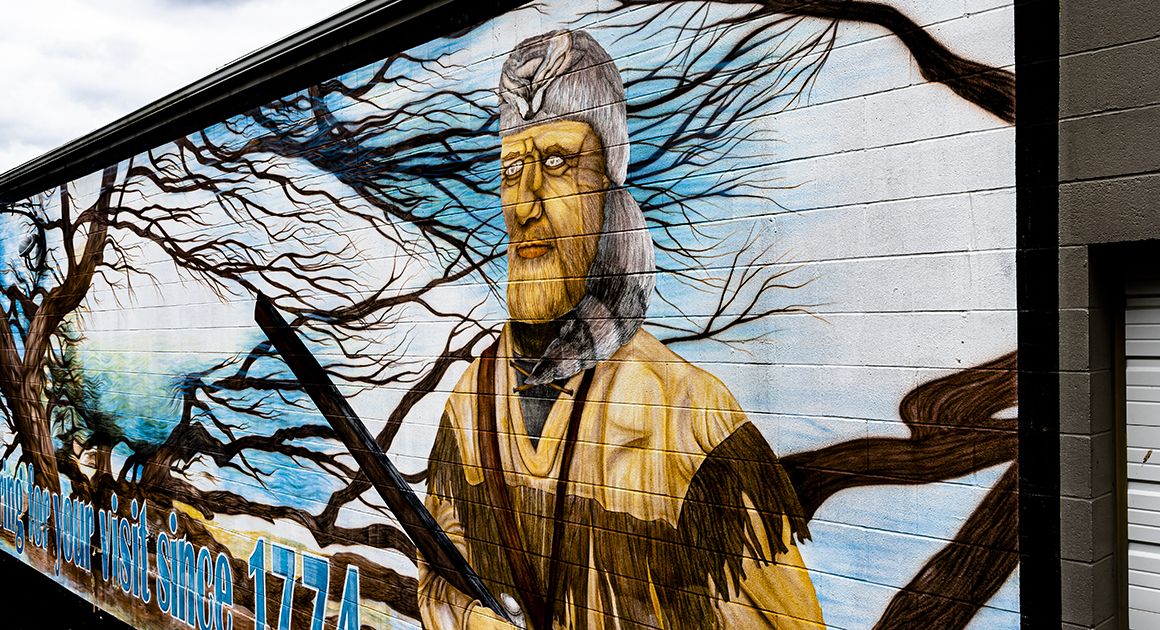 The Harrodsburg Herald/Robert Moore
The Mercer County Fiscal Court has put off making any decisions about replacing the mural on the fiscal courthouse facing College Street until legal and insurance details have been resolved.

The Mercer County Fiscal Court held off on approving a new mural at the fiscal courthouse until questions about the legality of replacing the old mural and insurance for the artist are answered.

Earlier this month, the Harrodsburg-Mercer County Tourist Commission approved paying up to $20,000 over two years to paint a new mural on the back of the courthouse, which faces College Street. Like the current mural—which was painted in 2012 by Harrodsburg graphic designer Paul Mulder—the new mural would depict James Harrod and the Osage orange tree. It would also depict Old Fort Harrod State Park and Shaker Village of Pleasant Hill and downtown Harrodsburg as well as a pioneer family, according to Toni Preston of the 250th Anniversary Committee.

On Tuesday, Preston presented board member with an initial design by artist Damon Farmer of Shadetree Studio in Versailles.

“We’re looking to make that corner really pretty,” Preston told the fiscal court.
She asked the county to pressure wash and paint over the current mural and provide scaffolding. Once the design is approved, Farmer could start painting the mural in the spring. The sealer which will be used on the mural has a 25 year guarantee lifespan.

County Attorney Ted Dean said they need to make sure there is no existing contract on the current mural. Dean said Farmer has to have liability insurance that would cover the property as well as the artist and his staff.

“We’ve just got to make sure that we’re covered,” Dean said. “We’ll get a pretty mural out of it, we just don’t want a pretty mess.”

Dean apologized to Preston, but said he was just doing his job as county attorney.

“I come up with all kinds of roadblocks,” Dan said.

Any decisions on the mural were tabled until the questions over the legalities and insurance are answered.