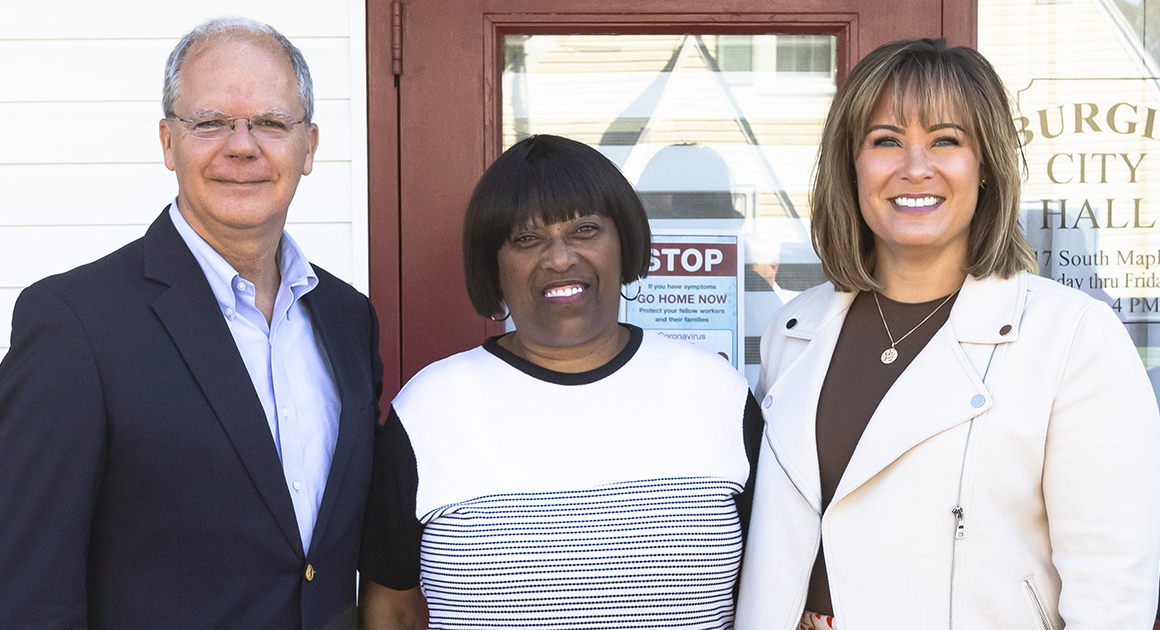 U.S. Rep. Brett Guthrie and Lt. Gov. Jacqueline Coleman gave an update on flood relief for Burgin on Sept. 26. Guthrie said $650,000 in direct spending has been approved by the House of Representatives to install two 30 inch pipes to drain water from the old sink hole on Water Street to the creek. Guthrie said the U.S. Senate still has to approve the budget, but he said he expects the funding to remain in place.

“I’d certainly expect it stay in,” Guthrie said. “We won’t know for sure until the budget is passed.” 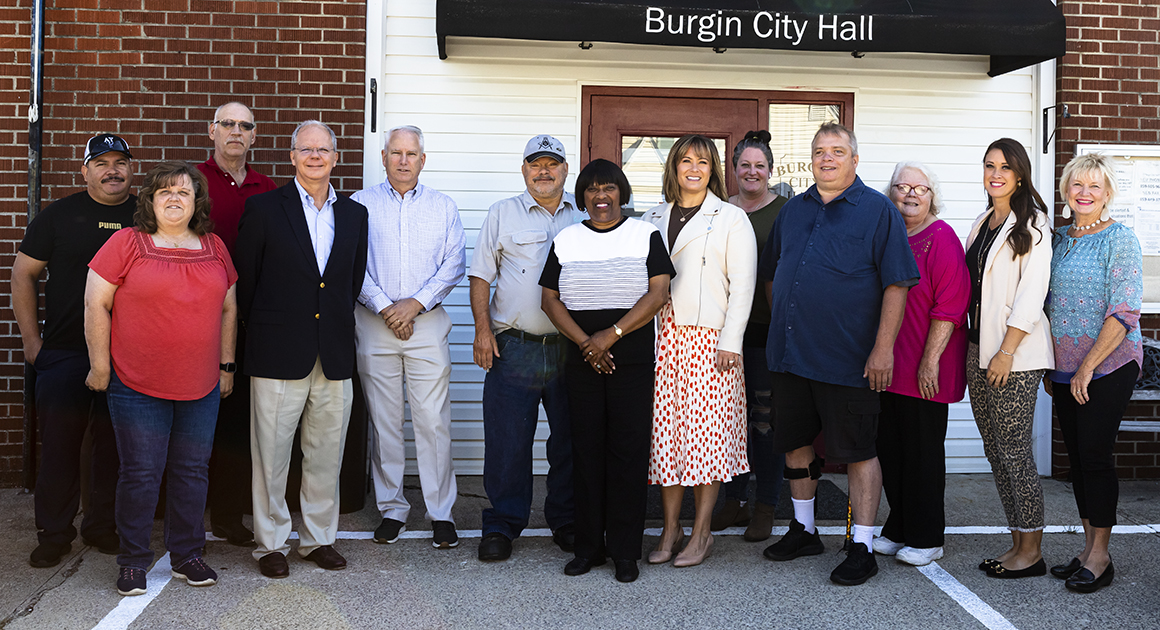 The Harrodsburg Herald/Robert Moore
Federal, state, local officials and residents gathered Monday for an update on flood relief for Burgin. U.S. Rep. Brett Guthrie said $650,000 in congressional directd spending for the project has passed the U.S. House of Representatives, it is still awaiting approval from the U.S. Senate.

Questions remain about the $150,000 contribution, which can be in cash or in kind contribution, and can be split between the state and the City of Burgin. However, this is the closest the city has come to getting any assistance with flooding. According to city officials, because Burgin had fallen behind on audits, the city could not apply for any federal assistance until March 2021. Burgin Mayor Jim Caldwell says the city government is determined to see the job done.

Still, Caldwell asked for the public’s patience. “Even if the money is in the budget, we won’t get the check that day,” he said.

While the houses along Water Street are among the worst impacted by the flooding, officials say the issue has delayed development in the city.

“Burgin is a tiny place but it has a lot to offer,” said Lt. Gov. Jacqueline Coleman, noting that Burgin Independent Schools is one of the best school districts in the state while Herrington Lake draws people to the area. She said the project would help Burgin prosper.

“It really opens up the town,” Coleman said.

Starting Jan. 1, 2023, Mercer County will become part of Rep. Andy Barr’s district, but Guthrie said he is determined to see the project to fruition. Coleman, a Democrat, thanked Guthrie, a Republican, for his persistence.

“If you’re not persistent with this sort of thing, it will fall through the cracks,” Coleman said.

Guthrie in turned thanked the residents of Burgin, in particular, Margie Brothers, who attended Monday’s meeting, for their persistence.

“I can’t turn her down,” Guthrie said.