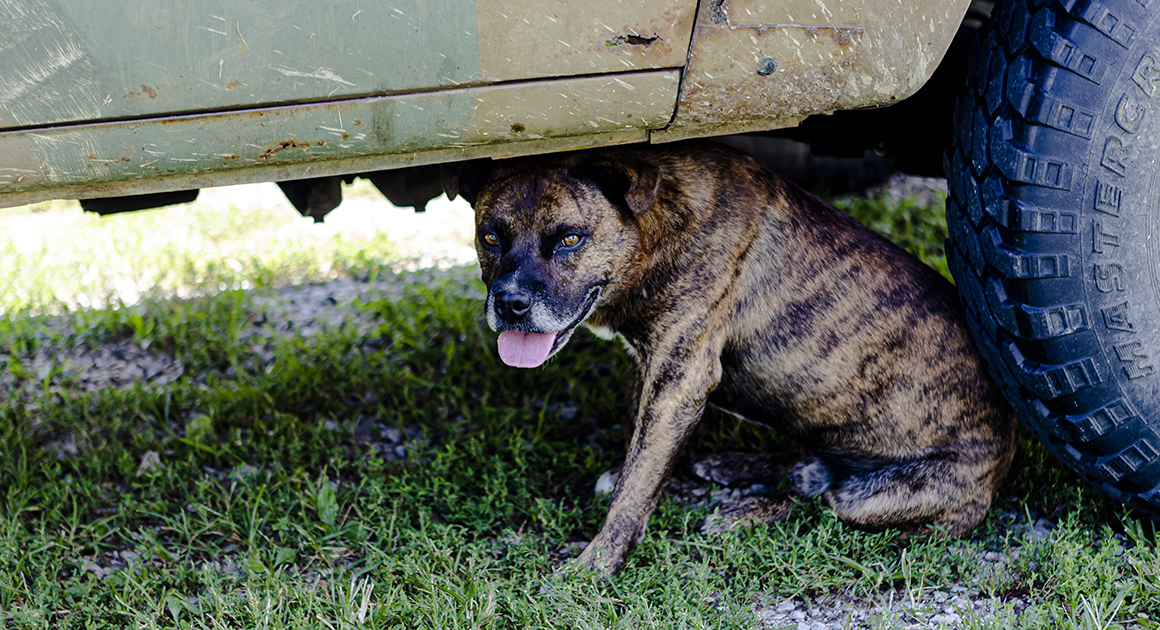 The Harrodsburg Herald/Robert Moore
Max found a man hiding under a pickup and sent out an alarm that brought law enforcement running. That man, Aaron Luke Steele, 24, was a suspected drunk driver out on bail for criminal complicity to commit 1st degree robbery. Thanks to Max, Steele is back in custody.

Some heroes get a medal and a tickertape parade. But Max is happy with a new bone and a shady place to cool off.

Max is five years old. His family say he’s a good judge of character. He can be very affectionate if he likes you. But he doesn’t like everybody.

Max really didn’t like the strange man who cam running onto his property on Tuesday, Aug. 23. As the stranger slipped underneath a pickup truck, Max sent out the alert.

“He was barking and growling,” said Ramona Foley. Usually Max warns them about animals that have wandered onto their property. But not this time.

“When I came out, there were eight cops and the fire department,” Foley said.

The Mercer County Sheriff’s Office had received a bulletin about a possible driver under the influence. But the driver crashed before they reached him.

“He wrecked in Salvisa on 127,” said Chief Dep. Wes Gaddis. After crashing, the driver had fled on foot, Gaddis said..

Deputies led by Sheriff Ernie Kelty began canvassing the area. That’s when they heard Max. Thanks to Max’s warning, Sheriff Kelty and the deputies located the driver hiding under Foley’s truck. Kelty ordered the driver to surrender, but he instead fled into a field, where he was pursued by Gaddis in his pickup.

“We had a verbal confrontation,” Gaddis said. When the driver still refused to surrender, Gaddis said he deployed his taser, “which ended the pursuit.” 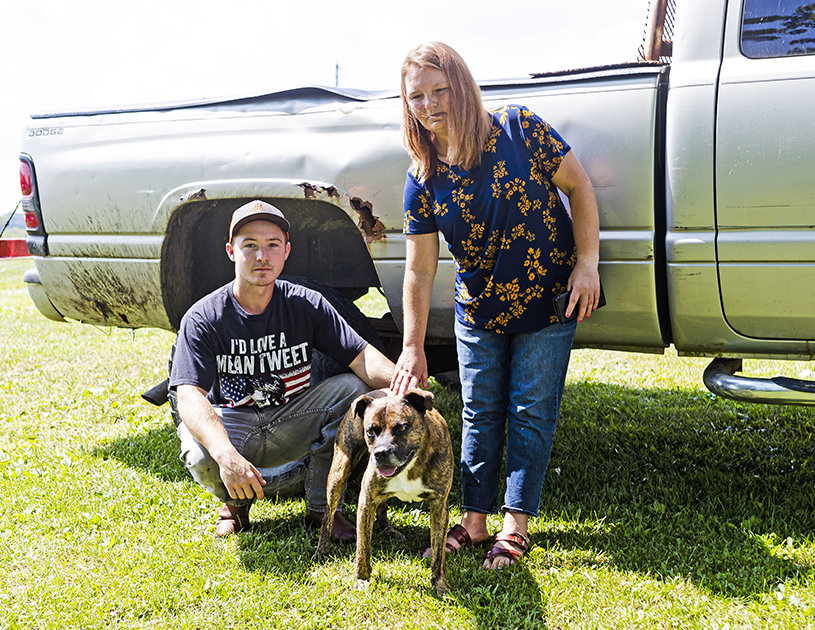 The Harrodsburg Herald/Robert Moore
Kyle Foley and Ramona Foley pose with Max by the truck where he helped police locate a hiding suspect. While he’s received a lot of attention, Max seems happier about the new bone he got from the sheriff’s office.

Aaron Luke Steele, 24, of Harrodsburg, is currently being held without bond at Boyle County Detention Center.

According to the jail website, Steele has been charged with leaving the scene of an accident, 2nd degree fleeing/evading police on foot and resisting arrest.

Those charges were related to an incident on Saturday, July 24, 2021, in which a Lexington woman died.

“They were looking at him like he’s a hero,” Foley said.

Since then, news crews from the Lexington TV stations have been out, chasing Max around the yard, trying to get good footage. For the record, Max came right up to this reporter and licked his hand.

It’s a lot of excitement, but Max would prefer to take a nap in the shade. Besides, Max has already received the best reward any good dog could ask for: a brand new bone, courtesy of Sheriff Kelty and the MCSO.