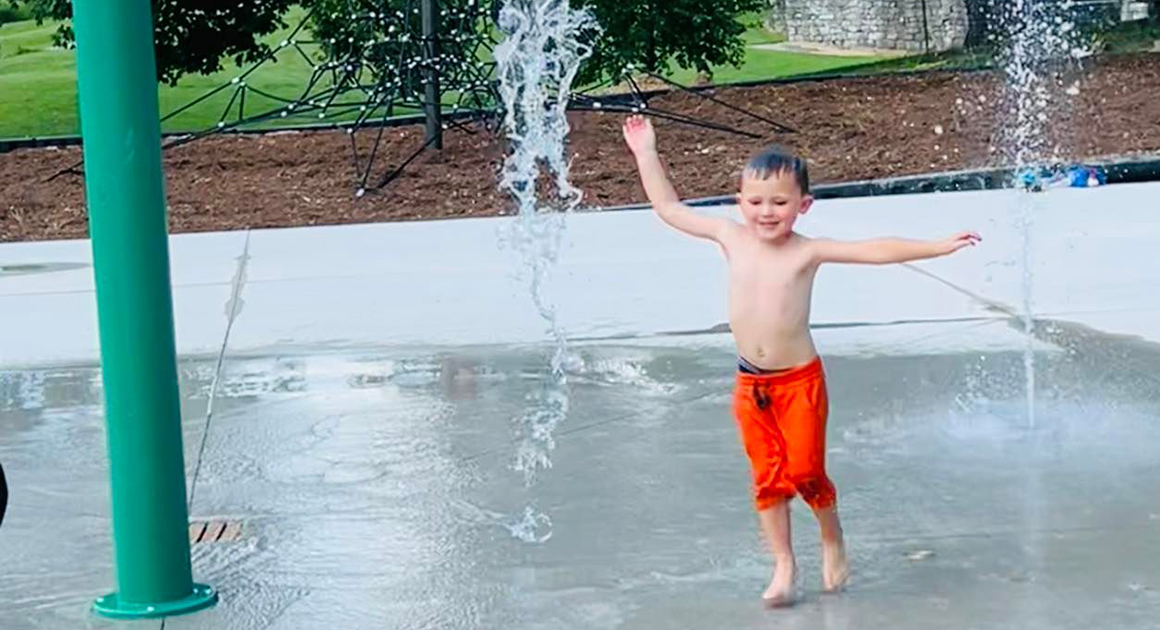 Photo Submitted
A ‘volunteer’ tests out the newly completed splash pad at Young’s Park. The splash pad will not have a grand opening until next spring, but the park and playground should be re-opened next week, city officials say.

The City of Harrodsburg is finally putting some splash into the long awaited splash pad at Young’s Park.

On Monday, the city enlisted “volunteers” to test the new splash pad, according to the city’s official Facebook account.

The city is now waiting for the final inspection before completing the concrete and ground work. Unfortunately, the official grand opening of the splash pad won’t be until next spring, but city officials say the park and playground should be reopened next week.