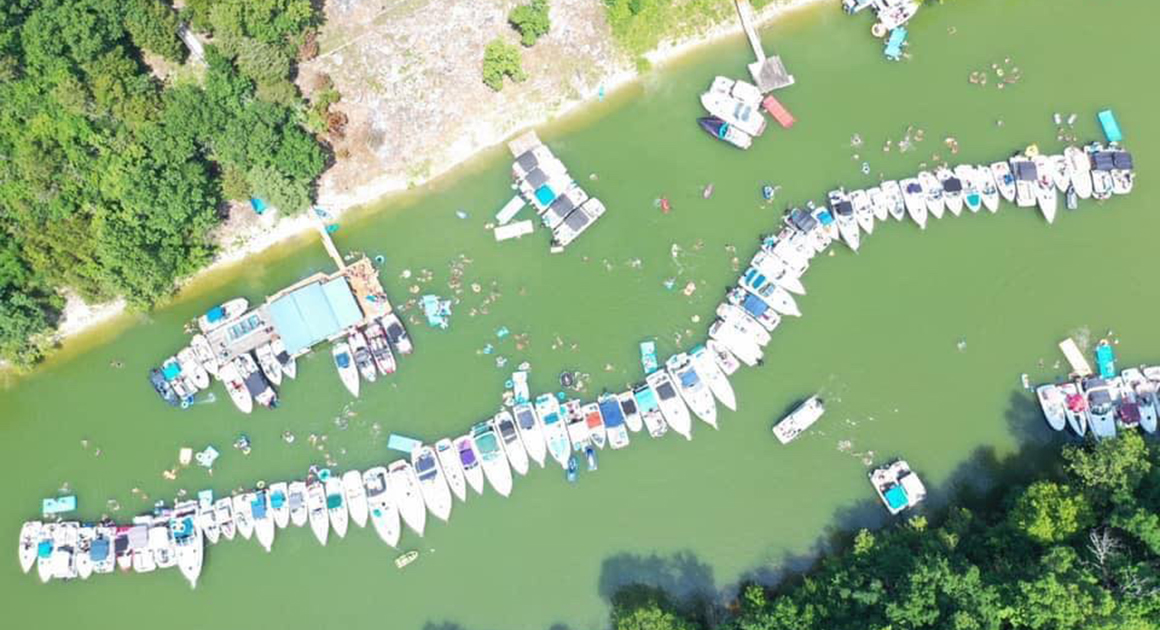 Image: HerringtonLakeKY.com via Facebook.
Chris and Alyson Rogers hosted the 5th Annual 4th of July Tie Up, which raised more than $5,000 for the Mercer County Humane Society.

Chris and Alyson Rogers combined two of their passions, helping animals and having fun on the lake, to raise over $5,000 to help with expenses of rescuing the two dogs found caged and abandoned for four months in Mercer County.

The story of Rocket and Titan pulls on the heart strings of animal lovers. The two dogs were found after their owners moved and left them confined and unable ,to find food or water. Both dogs were starved and near death. Titan was the worse, unable to escape his cage and fend for himself. Both dogs required medical care and Titan had to have surgery to remove the rocks he had eaten fighting off starvation. The medical bills for the two dogs were quickly growing and the Mercer County Humane Society reached out to the community for donations and support.

This is where the Rogers stepped in. They’ve organized the Raft Up event on Lake Herrington during the July 4 weekend for five years. They provided three bands and sound equipment on a houseboat anchored in a cove where boaters tie up together to enjoy the lake, sun and music. Chris Rogers swam from boat to boat collecting donations for the humane society.