Local attorney David Patrick says he is retiring after 52 years, although retiring might be too strong a word for it. Patrick has closed his office in town, but he still continues to represent the City of Burgin as well as a few other clients.

Patrick served as Mercer County attorney for four years and has represented other high visibility clients such as the Harrodsburg-Mercer County Planning and Zoning Commission. In his legal career, he has handled everything from contract disputes to estate planning to murder prosecutions, but he calls himself a small town lawyer.

“I’m really glad I made the decision all those years ago to come to a small town,” he said. “I really like the community aspects of being in a smaller town.” 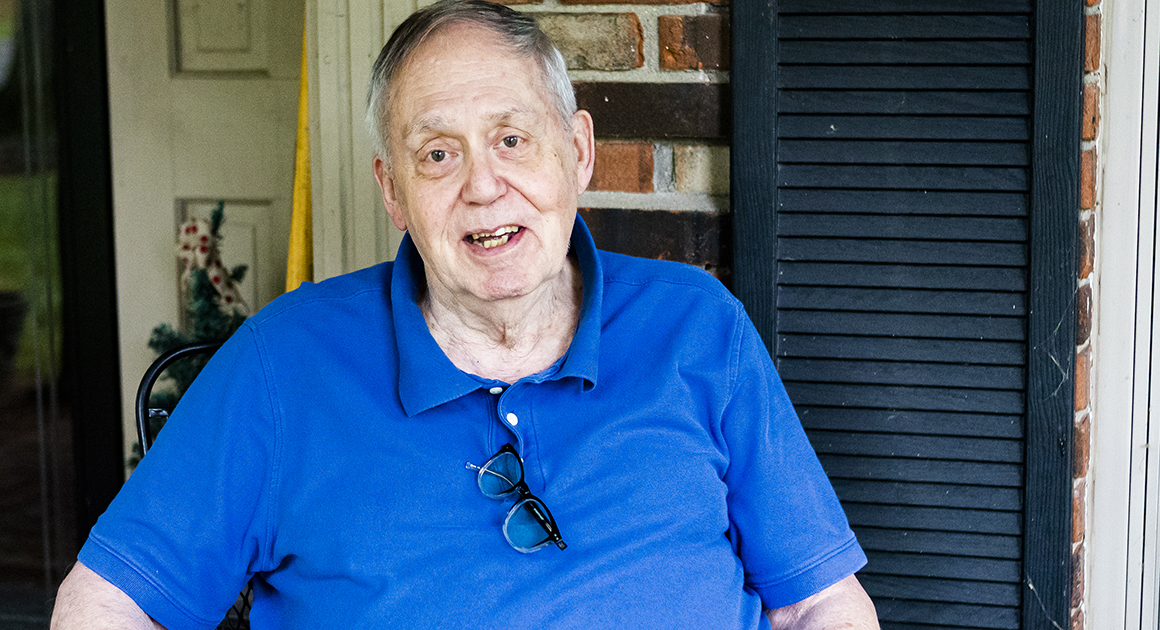 The Harrodsburg Herald/Robert Moore
David Patrick, a self-described “small town attorney,” is retiring after half a century practicing the law.

Patrick grew up in St. Matthews in Louisville but spent his summers in Mercer County. He said all of his family lived in Burgin, including his uncle, Walter Patrick, an attorney. David Patrick said he had always been interested in a career in the law, and his uncle helped encourage that interest.

“The more I talked to him, the more I wanted to be a lawyer,” Patrick said.

Patrick attended the University of Kentucky, where he earned his undergraduate and law degree. In his second year as a law student, he took a legal research class taught by Judge Pennington, who asked Patrick and another student, Bill Stevens, for help. Pennington’s district had once consisted of four counties-Garrard, Lincoln, Boyle and Mercer-but in a reorganization it had been reduced to Mercer and Boyle.

“He needed a whole lot of help getting back on track,” Patrick recalled. “There was a huge back log.”

The judge sat the two students at opposite ends of what Patrick called a cafeteria style table loaded down with case files and had them start working towards the middle.

“We did that for two years,” Patrick recalled. “I really enjoyed it. Bill and I would get to sit in on all the conferences in the judge’s office. That was a real learning experience. Hearing the attorneys discuss the case…Bill and I really learned a lot.”

After passing the bar in 1972, Patrick came to Harrodsburg to work for the commonwealth attorney, W.A. “Pete” Wickliffe. “I got a lot of good experience, hands on, getting ready for the grand jury, things like that,” Patrick said.

It was an interesting time to start a legal career.

“That’s when they started the new court system,” said Patrick. “That changed a lot of the focus of the practice of law. It became much more organized.”

He admits he did not necessarily like the hours. Patrick said he routinely worked 55 to 60 hours a week during his career.

“It would wear on you after a while,” he said.

But it wasn’t all work. He started a family, enjoyed watching his children play in Little League and even coached soccer. Patrick coached Mercer County’s soccer team for the first two years after consolidation.

“I enjoyed that a lot,” Patrick said.

The profession has changed since he passed the bar, he said.

“It seems to me that, compared to what it was 50 years ago, people are much more inclined to end up in court instead of talking things out,” Patrick said. “It’s putting a strain on our court system. I’m hoping it slows down, but I’m not sure it ever will.”

Even as people seem to grow more litigious, the actual number of local attorneys has declined.

“There are a lot fewer lawyers than when I started,” Patrick said. Many of them have died and the younger ones who in the past would have replaced them have instead joined big firms in Louisville and Lexington which offer a lot more money.