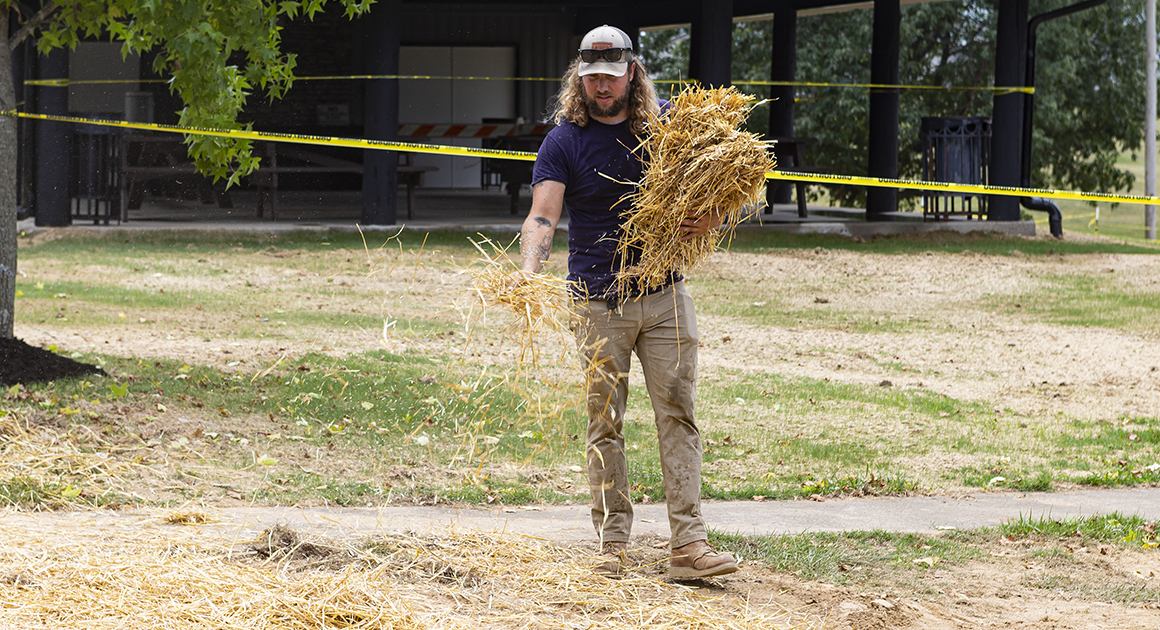 The Harrodsburg Herald/Robert Moore
Frank Lukitsch, director of the Harrodsburg Public Works Department, works to get Young’s Park ready for the unveiling of the new mural Saturday.

On Saturday, July 9, the mural at Young’s Park will be officially revealed to the public. The mural depicts some of Harrodsburg’s colorful past, when the city was home to some of the most popular spas in the South and became known as “the Saratoga of the South.”

Local historian Bobbi Dawn Rightmyer—who has written articles for the Harrodsburg Herald, the Danville Advocate-Messenger, Kentucky Monthly and Kentucky Humanities—has published a book about this chapter of our past. 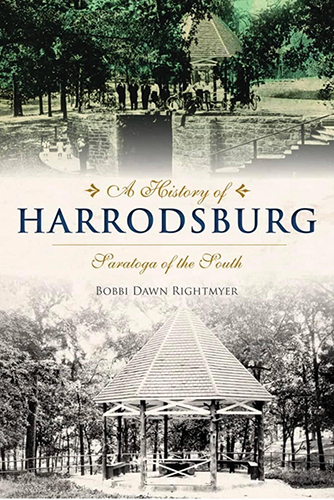 “A History Of Harrodsburg: Saratoga Of The South” was released earlier this year by Arcadia Publishing and the History Press.

During the early 19th century, Harrodsburg was home to some of the most famous resorts in the nation, such as Greenville Springs, Harrodsburg Springs and Graham Springs, offering rest and relaxation to the discerning traveler. It was during this era that one of Harrodsburg’s greatest legends, the ghostly “Dancing Lady” arose, at least in part as marketing for Graham Springs.

You can learn all about the Dancing Lady as well as Graham Springs and enjoy art activities for all ages, including children’s face painting starting at 10 a.m. on Saturday, July 9, at Young’s Park on Linden Avenue. The organizers recommend bringing your own chair, drinks and snacks.

To learn even more, pick up Rightmyer’s book here at the Harrodsburg Herald (101 East Broadway) as well as Jerry Sampson Antiques, Old Fort Harrod Gift Shop and the Beaumont Inn.

The book can also be purchased at arcadiapublishing.com and numerous other online outlets.