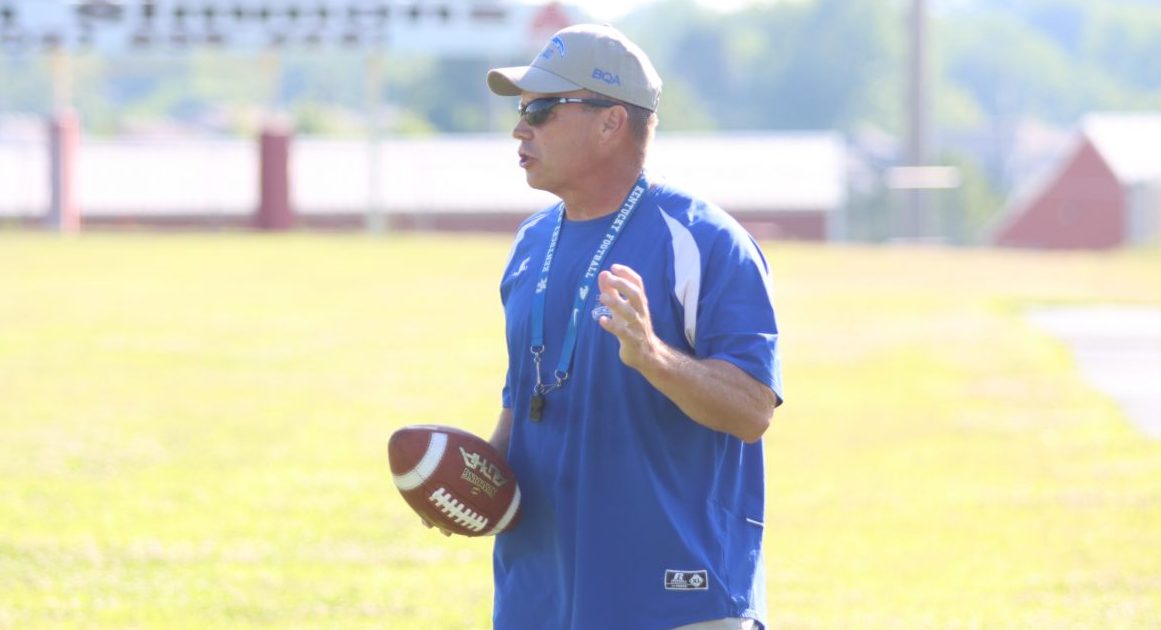 Former Mercer Head Coach David Buchanan isn’t one for sitting still and though the former head coach of the Mercer County Titans isn’t currently coaching at a  school in Kentucky he is hosting quarterback camps throughout the state.

The name “4th and 40” was inspired by an unfavorable situation the Titans found themselves in the last football season. Mercer was playing DeSales when they converted a fourth and 23 situation, but a penalty backed them up again to fourth and 40. The Titans still found a way and got the first down giving inspiration to the camp’s name.

“It’s a mindset circumstances don’t set our performance and we play the next play,” said Buchanan.

Buchanan’s experience at the position speaks for itself with over 35 years of coaching at the high school level and being former college quarterback.

To stay updated with Buchanan and his camps he can be found instagram or twitter: black shoes white shoestrings.