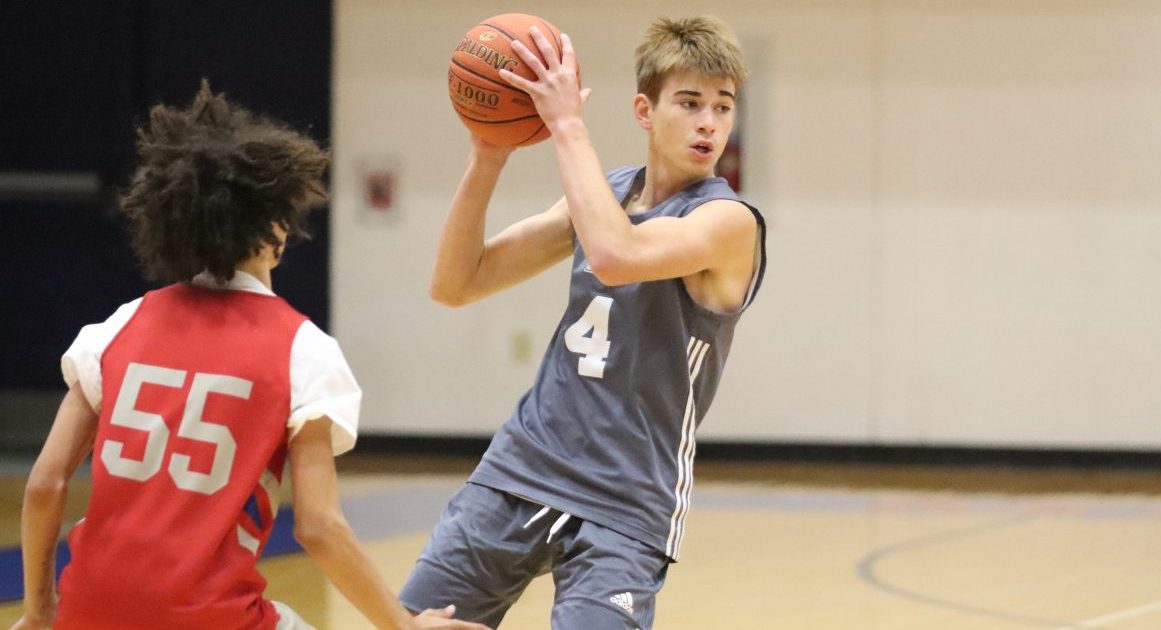 Burgin and Mercer met during the summer basketball season this past Friday, June 10. The Bulldogs opened strong, but ultimately fell to the Titans, 68-58.

Burgin opened with a six point lead when Hunter Reed and Chase Reed showed off their hot hands. Mercer’s Donovan Wright answered back with a 3-point shot and put Mercer on the board, 6-3. Wright followed with an and-one bucket to tie it up, but H. Reed stepped back behind the arc to bust another trey, 9-6.

Mercer increased their defensive pressure and converted turnovers into points. After Jordan Axsom hit the and-one shot, Mercer took the lead, 11-9, but it was short lived. Burgin continued to rain down the threes and Jakobe Taylor hit the 3-point shot to regain their lead, 12-11.

Wright hit his second three from the top of the key, 16-14. With the Bulldogs back on offense,  JT Boswell shook his defender and hit the three from the corner and kept the score tight, 18-17.

Burgin forced the turnover under the Titans basket and was able to score on the break-away to tighten the gap, 21-19.

The Bulldogs didn’t shy away from physical play with hard screens and toughness around the basket. However with a pass from Axsom, Trevor Ellis slammed one in and the momentum started to head the Titans’ way, 26-19.

Ashton Drakeford made a strong move to the basket, but Reed had his feet set and drew his first of thrDee charges for the game. The Titans took their first double digit lead, 30-19, with four minutes in the half when Jkavian Walker stole it in the backcourt to convert to an easy layup.

Jackson Perry made the athletic block, saved it from going out of bounds and fed it to his brother, John Lincoln  Perry for the reverse layup, 32-21, with under a minute left in the half. Burgin’s C. Reed had his foot on the line, but still earned the 2-pointer to trail the Titans, 39-23, going into the half.

The Titans continue their second week of summer ball, facing Jackson and Montgomery County Thursday, June 16, starting at 5 p.m. Burgin will wrap up their summer ball at Rockcastle Wednesday, June 22, at 3 p.m.