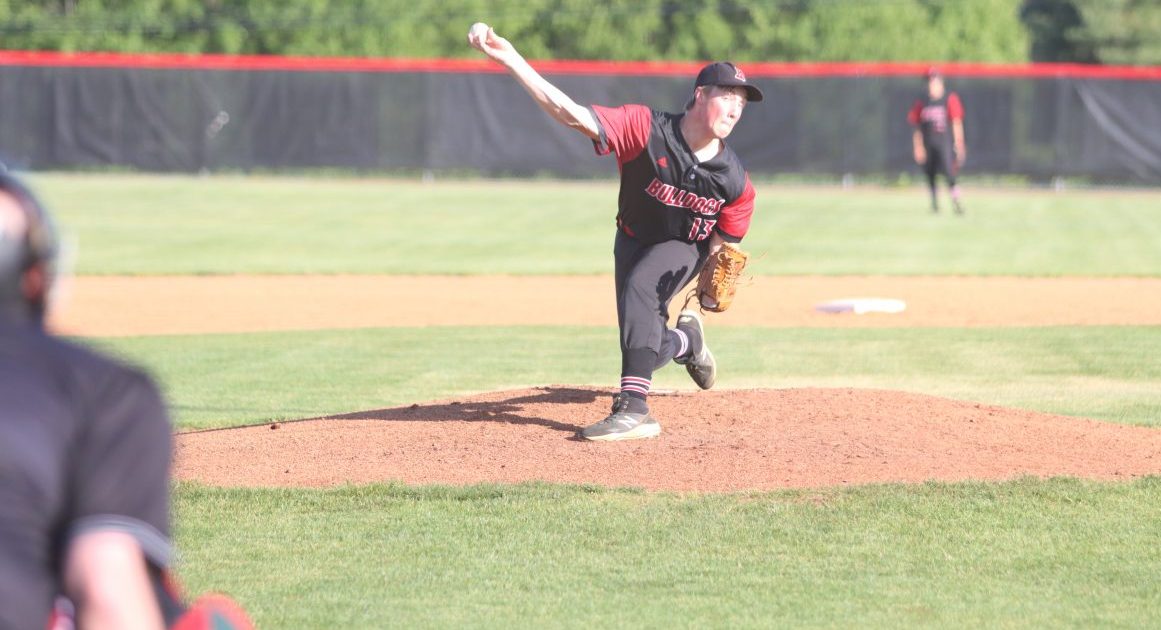 The Harrodsburg Herald/Wesley Bird
Burgin junior Noah Broce will be counted on next season to provide senior leadership from the mound. With a strong junior class as their foundation, the Bulldogs are looking to build for the future.

The Burgin Bulldogs baseball team finished up their season with an overall record of 9-17 with their season coming to a close in the first round of the 46th District tournament.

The Bulldogs started the season winning four out of their first five games including two double digit wins. Burgin struggled mid-season playing against 12th Region teams, dropping games against Danville and Casey County. District teams got the best of Burgin this season, but a close game at East Jessamine showed the Bulldogs can be competitive. With a six run lead in the seventh inning Burgin seemed poised to get their first district win since 2008, but gave up seven runs in the final inning to lose 8-7 to the Jaguars.

The Bulldogs best win was a 11-1 victory over the St. Francis Wyverns April 26. The Wyverns finished their season with a 14-12 record with two of those losses coming from the Burgin squad.

A great sign this season was the fight the Bulldogs showed in their final game versus the Mercer Titans in the district tournament.  Mercer beat Burgin by 10 runs twice this year in the regular season, but the tourney game was different with the Bulldogs holding Mercer to five runs and Aaron May scoring one run for Burgin.