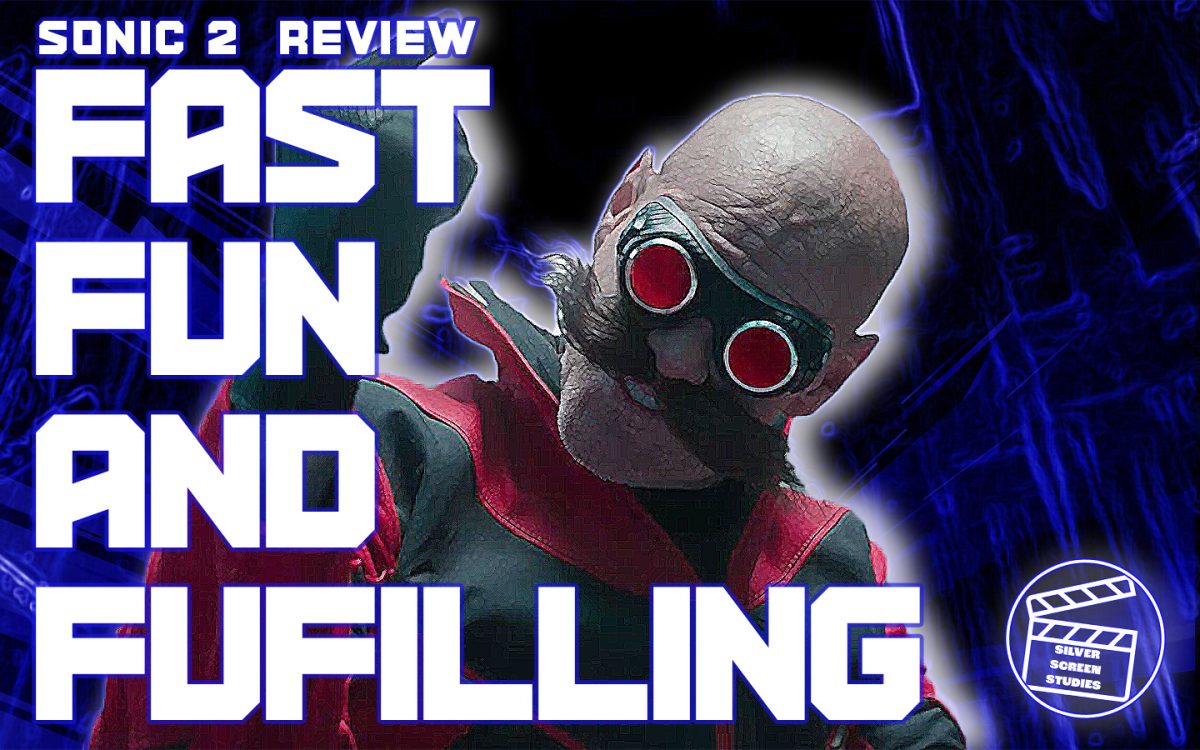 SYNOPSIS: After settling in Green Hills, Sonic is eager to prove that he has what it takes to be a true hero. His test comes when Dr. Robotnik returns with a new partner, Knuckles, in search of a mystical emerald that has the power to destroy civilizations. Sonic teams up with his own sidekick, Tails, and together they embark on a globe-trotting journey to find the emerald before it falls into the wrong hands.

Taking it’s 2020 predecessor’s crown in being the best video game movie to date, Sonic the Hedgehog 2 is an all-encompassing success, and an example to countless studios as to how to adapt video game material.

I already alluded that it’s predecessor is good, but to elaborate even further, the first Sonic film was an experiment in adaptation; not that video games hadn’t been adapted before, they unfortunately had, but not like this. The filmmakers went out of their way to make an actual film, rather than a product. The movie exhibited real care in its designs and exploration of the character’s pre-established lore, all the while consistently making changes during production as a result of listening to the criticisms from the most passionate fans out there. By the time it hit theaters, the market was primed for the blue blur’s debut. Sonic went on to race past box office and critical expectations alike, resulting in an all around success that all but guaranteed a sequel was on the way. Sure enough, a mere month or so after the film’s release, that sequel was greenlit.

And now, with a bigger budget and more room to operate, Jeff Fowler has delivered Sonic 2. From the jump, this 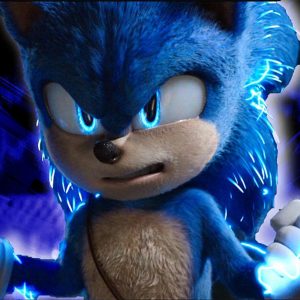 effort feels much more personal. Fowler sheds the obvious studio shackles that shadowed the first film in favor of his own approach that tends to favor scale and awe. He constantly frames moments from a distance and prioritizes their visual complexity; the set design and use of poignant colors is magnificent. The film just exudes a real reverence for these characters and events through the cinematography. The crew also takes advantage of every bit of that aforementioned budget, as Sonic 2 scales-up the special effects and flexes that muscle around every single corner. It’s almost overwhelming at times, but separating this film from our reality in that way serves this story’s supernatural nature.

That story is much more complicated this time around too, with multiple new characters being introduced as well as the use of flashbacks and round-a-bout storytelling techniques to further deepen the mythology of this universe. This multiversal universe is so well realized, using the hints of depth that the first film had sprinkled throughout its happenings to make the expansion into such a world feel natural and earned. Planning ahead is a crucial key in creating a successful and coherent movie franchise; again Sonic finds himself ahead of the pack. It’s also worth mentioning that this film, in another smart storytelling move, was preceded by the release of a comic that bridged the previous film with this one, streamlining the affairs without overloading the frontend of this sequel. It isn’t necessary for a watch, but it’s definitely worth the read if you’re a fan.

And of course, the cast is stellar. Jim Carrey is doing what Jim Carrey does, providing another instantly memorable and ridiculously over the top performance like only he can. Each voice actor is very well suited too, their vocalized emotions aligning with their animated incarnation’s facial expressions to create a smooth mixed reality. The fusing of live-action and animation has never been so convincing. Every rose has its thorn, and Sonic 2 definitely isn’t perfect, but I’d be remiss to spotlight the issues when I haven’t had this much fun with a new film in a long while. The entire thing just feels so free and untroubled; a joyful exploration of commonly used arcs of union shown through an eccentric  and lively lens, Sonic 2 is everything you could’ve asked it to be. With a third entry inevitably on the way due to this film opening to a whopping $71 million dollars, old fans of the games and new fans of the films have a whole lot to look forward to as the blue hedgehog speeds into the future.