Exploring Local Ties To The Run For The Roses 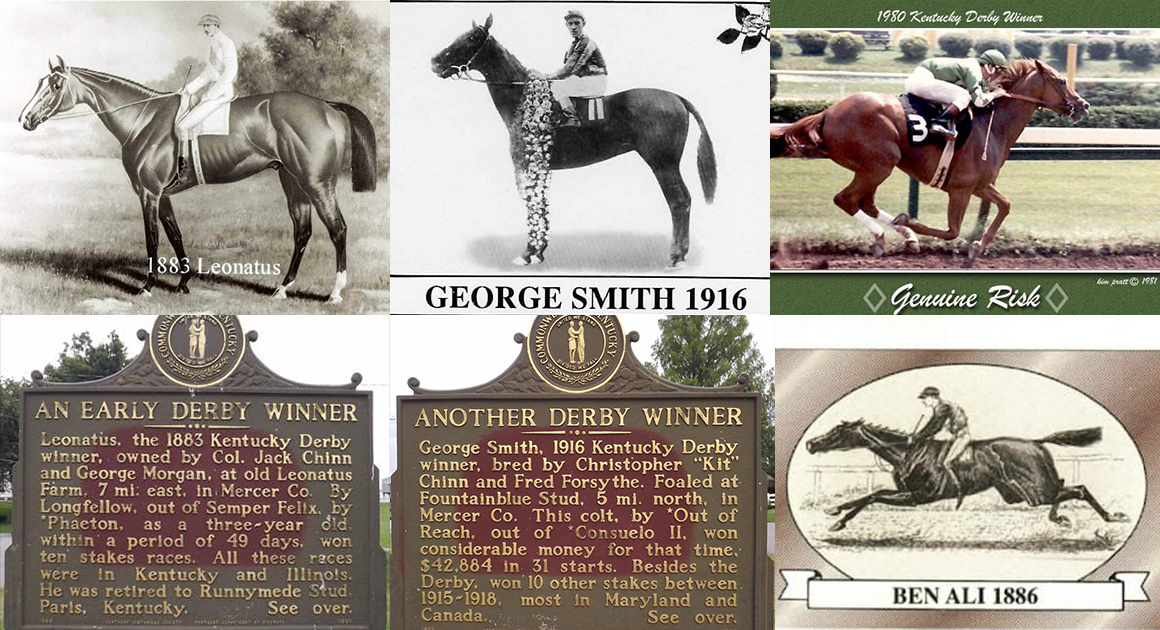 While Harrodsburg is known as “the oldest European settlement west of the Allegheny Mountains,” it also holds a special place in the history of the Kentucky Derby, which started in 1875. Mercer County has been the birthplace of three derby winners and even more derby lore. 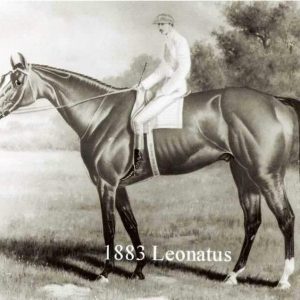 Leonatus, winner of the ninth Kentucky Derby  in 1883, was noted for his stamina and durability. Owned by George Morgan and Col. Jack P. Chinn, both of Mercer County, Leonatus was foaled in 1880 at Fountainbleu Springs in Harrodsburg. Trained by African American horseman Raleigh Colston Sr. and John McGinty, Leonatus only ran one race as a two-year-old, coming in second. But as a three-year-old, he put together an amazing string of victories.

A week before the 1883 Kentucky Derby, Leonatus won the Blue-Ribbon Stakes in Lexington. At the Derby, he won by three lengths. Less than a week after the Kentucky Derby, Leonatus won the Tobacco Stakes. Then, three days later, he won the Woodburn Stakes. Another win came at the Hindoo Stakes—later known as the Latonia Derby—where he was ridden by legendary African American jockey Isaac Murphy. These wins were followed in close succession by victories at the Ripple Stakes, Himyar Stakes, Dearborn Stakes, Green Stakes, and Illinois Derby. In 49 days, he won 10 stakes races.

Leonatus was the son of Uncle John Harper’s great racer and sire Longfellow, himself a son of the imported English stud Leamington. Leonatus’ dam was the Daniel Swigert-bred Semper Felix, whose dam was by the great 19th-century American foundation stallion, Lexington, himself by Boston. Leonatus’ Kentucky Derby jockey, Billy Donohue, was reported to have bet his entire life savings on his mount. Leonatus went off at 2-1, ($14.80 to win) so Donohue at least doubled his nest egg. The winning time was 2:43.00. 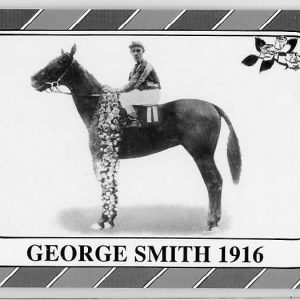 In 1916, Harrodsburg had another Kentucky Derby winner. George Smith was a black colt named after noted turfman George E. Smith, also known as “Pittsburg Phill,” who once owned the colt’s dam. Bred by Fred Forsythe and Christopher “Kit” Chinn and foaled at Fountain Bleu Farm, George Smith was purchased as a yearling for $1,600 by Ed McBride, who raced him as a two-year-old.

The 1916 Kentucky Derby was run on a clear day with a field of nine horses. George Smith was ridden by American Racing Hall of Fame jockey Johnny Loftus and was the clear contender from the start. The only competition came from Star Hawk, who lost by a neck after a rally in the home stretch. The winning time was 2:04.00 and the payout was $ 10.30 to win, $4.80 to place and $2.90 to show. 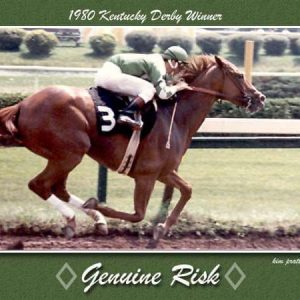 In 1980, Genuine Risk became only the second filly to ever win the Kentucky Derby. Born at Harrodsburg’s Shawnee Farm and bred by Sally Humphrey, Genuine Risk was the first filly to complete in all three American Triple Crown races, placing second in both the Preakness Stakes and the Belmont Stakes. Her odds were 12:1 and her winning time in the Kentucky Derby was 2:02. Genuine Risk’s mating to Secretariat in 1982 was the first-ever between Kentucky Derby winners. Unfortunately, the resulting colt was stillborn after a difficult delivery, which may have had something to do with the filly’s later reproductive woes.

Finally, as an honorable mention, 1886 Kentucky Derby winner Ben Ali was named after his owner, James Ben Ali Haggin. Haggin was born in Harrodsburg and is a descendant of one of the state’s first pioneer families in Kentucky. He is the namesake of the Ben Ali Stakes at Keeneland Racecourse in Lexington. 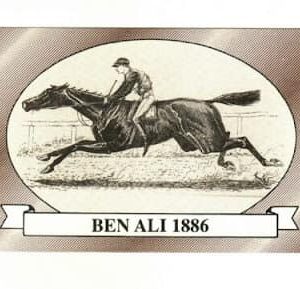 In 1886, C.M. White purchased the pooling privileges (wagering rights) for the Kentucky Derby for $30,600 and demanded that all the Derby bookmakers pay him a $100 licensing fee to operate at the track. The bookmakers refused and, as a consequence, there were no bookies at the 1886 Derby to handle high-dollar bets. Haggin, upset he could not place a large bet on his winning stallion, threatened to bar his entire stable from ever racing in another Kentucky Derby unless bookmakers were reinstated at the track. The track director refused, replying, “To hell with him anyway,” enraging Haggin and causing him to shun the Derby. News traveled in the East Coast horse racing circuits of Haggin’s treatment in Louisville, causing many Eastern horsemen to boycott the Kentucky Derby during the 1890s and early 20th century.

Last year, while researching Fountainbleu Springs, I came upon this interesting tidbit. According to legend, in 1883 Harrodsburg native Jack Chinn and another horse owner placed a bet of roses on the winning horse. Leonatus distinguished himself by eating the presentation roses. (Blankets of roses were not recorded being draped over the winning horse until 1896, when Ben Brush wore them.) After that, the Derby became known as the Run For The Roses.

This year’s Kentucky Derby will be held Saturday, May 7. The first race is scheduled to start at 10:30 a.m., with the singing of “My Old Kentucky Home” scheduled for 6:39 p.m. and the Run for the Roses scheduled for 6:57 p.m. Tickets were still available at press time. For more information, visit kentuckyderby.com.