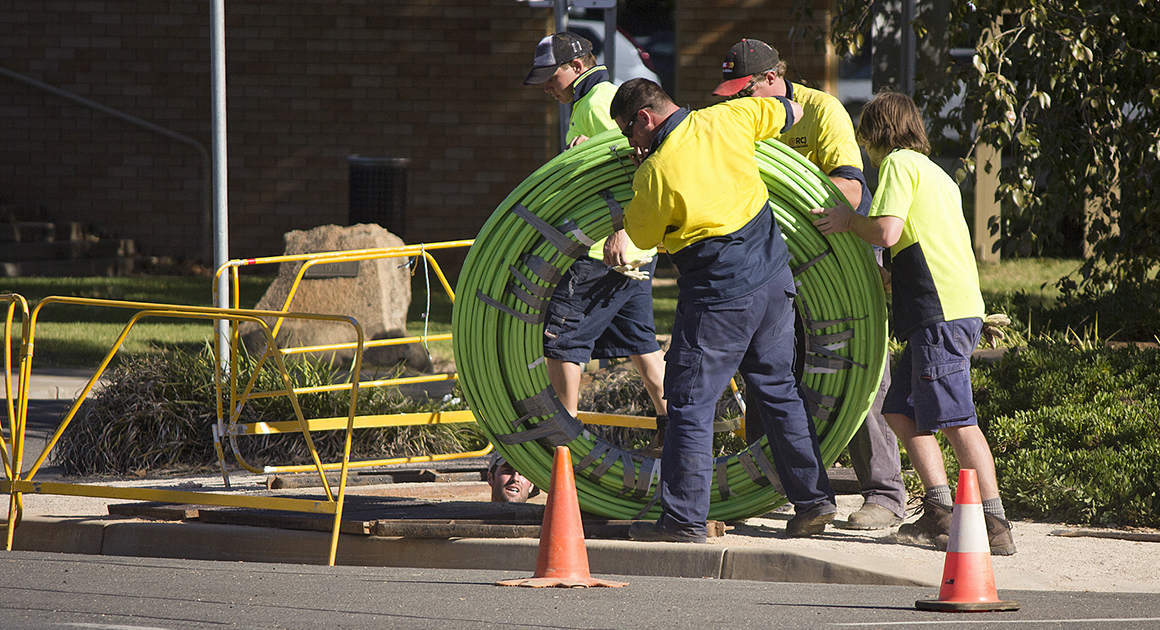 Jimmy Carr, the CEO of All Points Broadband, went before the fiscal court to talk about Mercer entering a broadband partnership agreement to provide broadband internet to underserved areas.

All Points Broadband purchased BlueZoom several years ago. Carr called All Points a rural-focused internet service provider that works with counties to provide internet to unserved areas. He said state and federal funding was available for funding broadband.

“It requires being prepared,” Carr said.

He said All Points offers a comprehensive approach to preparing grant applications, collecting information and designing a fiber optic network to reach unserved areas. So far, he said Carr said 19 counties in Virginia—as well as two counties in Kentucky—have partnered with All Points. The 19 counties in Virginia, which offered a statewide internet program earlier than Kentucky, either have fiber optic networks up and running or under construction, he said.

Carr said funding applications are likely to open in the third or fourth quarter of the financial year.

He called rural internet the 21st century equivalent of the federal government’s efforts to provide electric service coast to coast in the 20th century.

“We think it’s critically important,” Carr said. “It’s important you seize this opportunity to serve everybody.”

He said All Points hopes to design a network to serve Mercer County using 144 cable fibers with a lifespan of 30 plus years. If the router is good enough, Carr said 10 residents in a single household could stream video at the same time. All Points has an experienced team who will digitally inspect the county’s current infrastructure to develop a “highly accurate” map. The network is designed to provide capacity to every location.

“There is a terminal in place for every location,” Carr said. He said the current flat cost is $1.12 per foot after 500 feet.

He said there is $300 million in ARPA funding available through the state as well as a significant amount of federal money. They suspect Kentucky will run the federal money through the state level.
Carr asked the county to enter an agreement with All Points to put together the grant application. All Points will not charge Mercer a fee. “We are not going to charge you a dime to do this work,” Carr told the magistrates. All Points charged the Virginia counties $175,000.

The county has the ability to back out of the agreement without any cost, although All Points will own the network design.

Once the service became available, the regular cost would $59.99 a month for unlimited broadband. In addition, All Points would offer a $30 a month discount if customers meet certain criteria, which include income, whether children receive free or reduced lunch or Medicare/Medicaid. All Points also offers phone service for $15 a month.

“Come through Bohon baby, because we need it out there,” said Magistrate Tim Darland, who asked if the All Points survey would include satellite providers.

Carr said they only included internet cables run on electric poles in their survey.

“We have to see cable,” Carr said. He said All Points will not serve areas already served by Spectrum and AT&T. Still, large parts of Mercer County would benefit, the magistrates agreed.

County Attorney Ted Dean asked for the time line. Carr said All Points wants to be in position to start applying for grants on Aug. 1. He said they needed to get started on survey and design by May.

Asked when they could start running cable, Carr said they could expect to see construction to begin within 12 months after the grant was announced. Dean asked the fiscal court to take up the partnership at their next meeting. They took no action Tuesday.