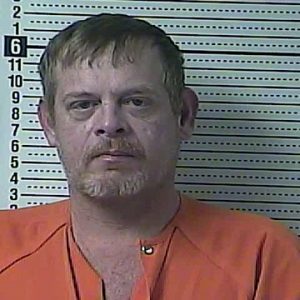 A Harrodsburg man has been indicted for shooting a neighbor’s dog back in January.

Jimmy Troy Howard, 45, of 1219 Burgin Road, is charged with shooting his neighbor’s dog with a rifle while it was chained on the front porch of the neighbor’s house on Jan. 21. The dog was killed, according to the Mercer County Sheriff’s Office.

Leaving the house, Howard walked into some trees in the backyard, where he “held the rifle barrel under his chin and…threatened to kill himself,” according to the uniform citation.

Sheriff Ernie Kelty managed to talk Howard into surrendering peacefully, according to the uniform citation.