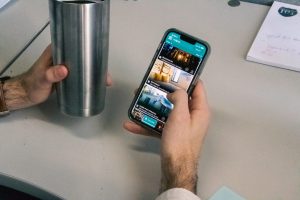 The Harrodsburg-Mercer County Tourist Commission has launched a new app to help people plan their stay. The app is available at the tourist commission’s website, mercercountyky.com. The app, which is powered by VisitWidget, lists local attractions, food and drink, lodging and events. It launched last week.

It was originally scheduled to launch at the beginning of the year, but Daarik Gray, the executive-director at the tourist commission, said they wanted to make sure the app had no bugs before it became available to the public.

“I wanted to make sure it was pretty much perfect,” Gray said at last week’s board of directors meetings. He said they’d received a lot of good feedback and printed marketing material for local businesses.

“This is going to allow us to reach tens of thousands of people,” said Tim Kazimer, chairman of the board.

Gray said he was also working on an agreement for the sign with the City of Harrodsburg to install an electric sign at the city’s emergency services building on U.S. 127. He said the tourist commission  will own the sign, while the city commission would be able to vote to remove the sign.