Accused burglar tries, fails, to bully his way out of custody 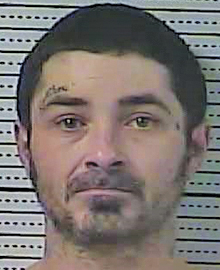 A Harrodsburg man faces charges for breaking into an apartment and then apparently trying to bully his way out of custody last week.

Officers from the Harrodsburg Police Department responded to a call about a burglary in progress on West Office Street on Tuesday, Feb. 1, at 7:04 p.m.

The caller told police a man was entering an apartment and carrying items to a blue SUV.

Police found the SUV parked in front of the residence. Sitting in the passenger seat was Matthew Keith Haggard, 35, of 210 Russell Street……